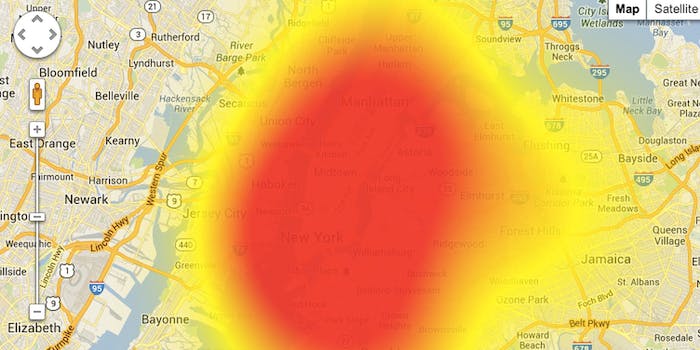 Time Warner Cable customers woke up Saturday morning feeling like Mom had just installed arbitrary parental controls on their Web browsers. Facebook was down, Twitter was down, and (for me) only Gmail and the New York Times seemed to work.

@BuzzFeedNews was so weird, though: i couldn’t access maybe half the sites i typically frequent, but the other half were fine. no facebook!

After restarting my modem and router, then sending three hours’ worth of frantic emails to our social media managers, I practically gave up on working today. I walked to three different coffee shops in Brooklyn. All had the same issues.

Turns out it was Time Warner Cable’s fault. The network had a massive outage in the Northeast.

Time Warner’s Internet is down for much of the Northeast. https://t.co/k7zdDN4uHl pic.twitter.com/Flx2Vb5pdk

If you were able to access DownDetector.com, you would have seen a massive red splotch. 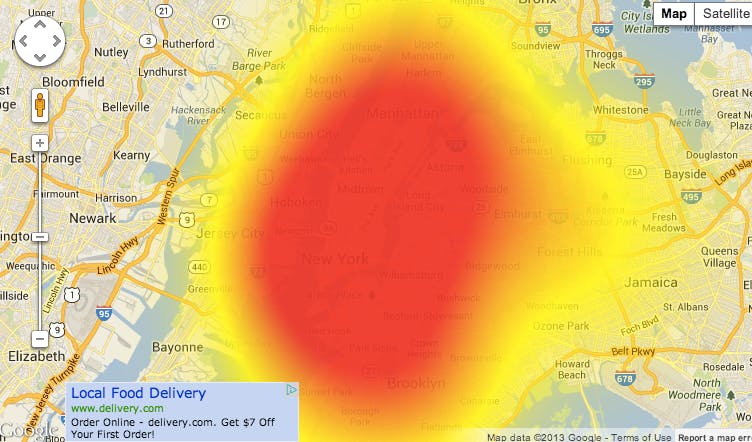 The thing is, no one knew about it. On Twitter, representatives were calmly telling customers there were “data issues” and that the company was “investigating the matter.” Unfortunately, for TWC customers, Twitter was down.

If you called TWC customer assistance, you were likely told that it was an issue with your router. This wasn’t true.

[email protected]_NYNJ I called to report the outage to support at 9:15. Rep blamed my wireless router, instead of your widespread lack of service.

Time Warner Cable is widely known for annoying outage issues. (For me, a Brooklyn resident, it was the second substantial stretch of downtime in two weeks.) Cablevision and Comcast aren’t much better. Much of New York has its sights set on Verizon FiOS, the holy grail of high-speed. Verizon promised 100 percent NYC coverage by 2014, but that’s not likely to happen. Mayoral candidate Bill de Blasio lashed out at Verizon in May, accusing it of failing to deliver.

If the future mayor can’t get reliable broadband, what about the rest of us? In the information age, Wi-Fi (reliable Wi-Fi!) ought to be a right, not a privilege. One group in Red Hook, Brooklyn, has taken matters into its own hands and built its own DIY network. The rest of us are simply content to complain.

[email protected]_NYNJ has been down all morning. Related: I fucking hate Time Warner.