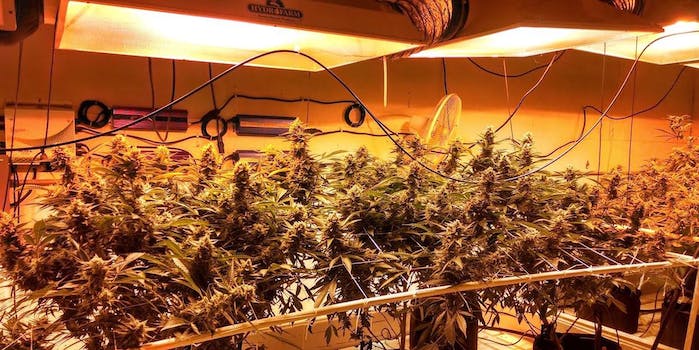 Shunned by banks, legal weed retailers are turning to Bitcoin

Another chapter in the longtime friendship between bitcoin and pot.

Bitcoin and pot have had a long, beautiful friendship. You’ve heard of Silk Road, right?

But now, in the midst of a wave of marijuana legalization across the United States, you can finally use bitcoin to legally buy weed.

Medical marijuana has been legal in Washington since 1998, but buyers have been limited primarily to cash purchases due to credit card companies and banks reluctance to process payments for drugs that are still illegal under federal law. That’s where Bitcoin, which suffers little or no legal oversight, shines.

To clear up the discrepancy, U.S. Attorney General Eric H. Holder Jr. said legal marijuana businesses should be able to use the American banking system. He said the government would soon push rules to help improve the situation. But, Don Childears, the president of the Colorado Bankers Association, which has lobbied to be able to accept marijuana-related payments, is skeptical.

“It’s a murky area,” Childears told Politico. “It literally will take an act of Congress.”

In addition to giving buyers a non-cash payment option, non-medical dispensaries in Colorado have turned to bitcoin to avoid legal issues with banks and credit cards.

Kouckluch is reportedly aiming to convert to a licensed, non-medical marijuana retailer to serve all adults as licenses become available in Washington.