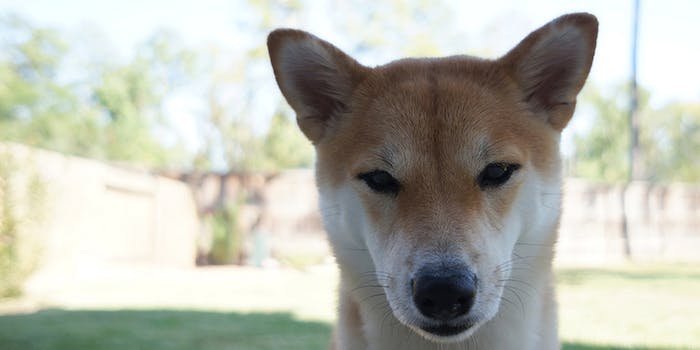 With its own cryptocurrency, Doge has officially conquered 2013

No portfolio is complete without the canine commodity.

In a world suddenly overrun with virtual capital, from Bitcoin and Litecoin to lesser-known monies like Nxt and Copperlark, there’s only one financial advisor you can trust: doge. 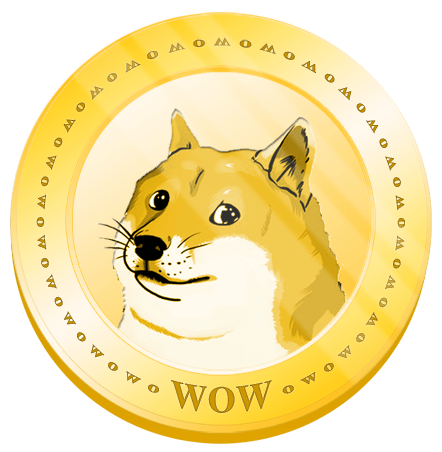 Yes, in a triumph of Internet synergy, you can now invest in Dogecoin, quite probably the first open-source, peer-to-peer cryptocurrency based on a meme—the ever-popular “Shibe” concept, to be precise. Just don’t expect a “wow”-worthy return anytime soon: Right now a million Dogecoins are supposedly worth 0.0507 BTC, or a little less than $50. Reports have surfaced, however, of people paying $1 for 10,000 or even 3,500 DC, and as much as an Australian dollar per 20 DC. 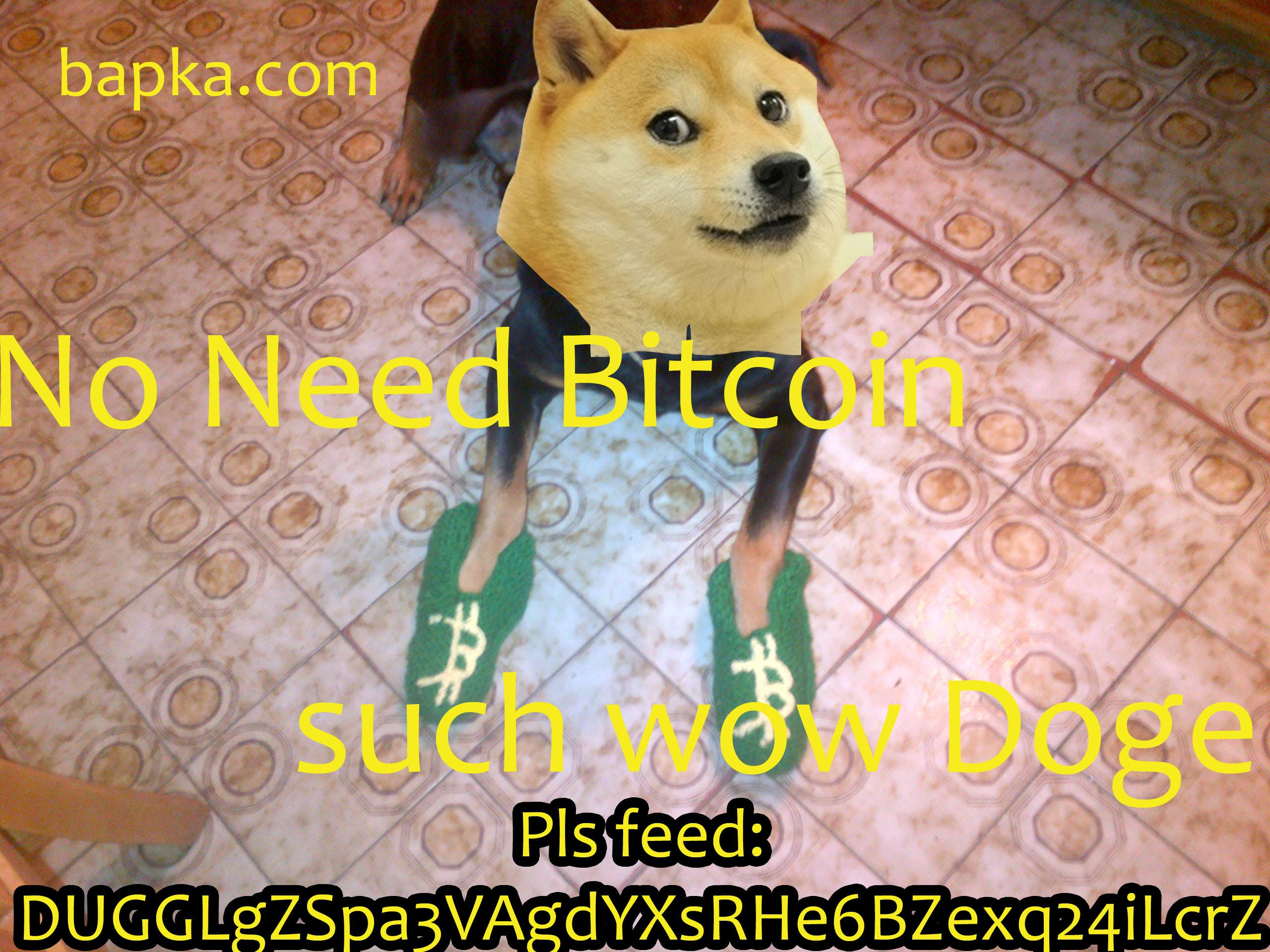 Hundreds have pooled together and set to mining—or “digging,” as one forum wittily has it—the adorably hordable coins. So far, more than 5,000 blocks have been accessed by users looking to be rewarded with more DC. In addition to a Twitter account and Facebook page, there’s an entire subreddit for traders of the burgeoning currency. All three are venues for extremely scientific analysis and speculation about the future of the Dogecoin market, as is /g/, 4chan’s technology board. 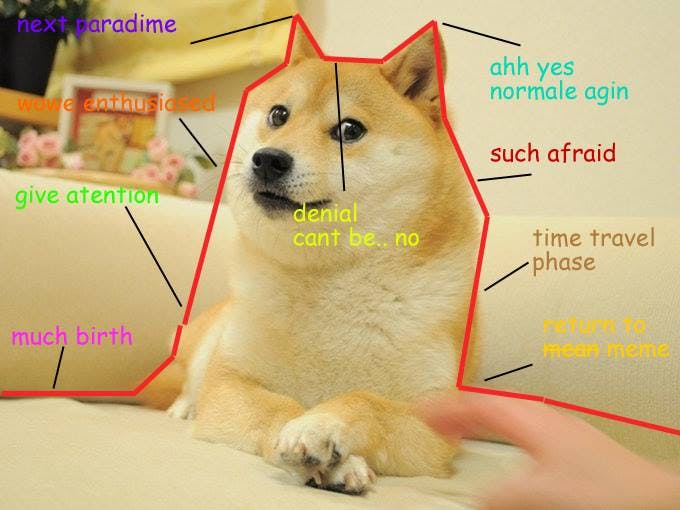 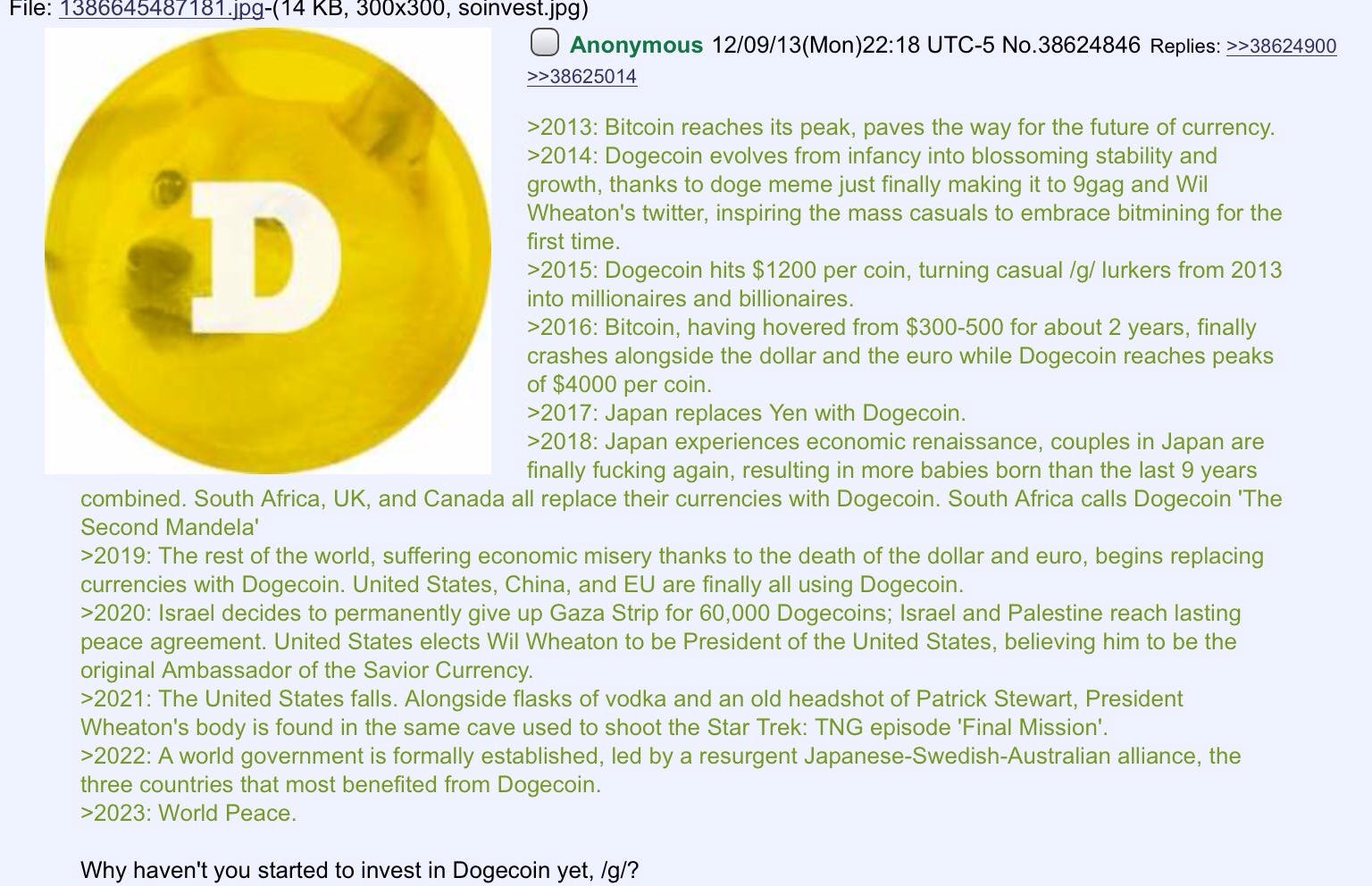 All told, there are 100 billion Dogecoins to be mined, though like Litecoins they are encrypted with Scrypt and therefore “cannot be effectively harvested using ASICs, or specialized Bitcoin-mining equipment.” The wallet appears to be a copy of Luckycoin’s. ‘

Realistically, then, Dogecoin’s edge is all in the branding: Very fluff, much business. Is it headed for the moon, as Bitcoin enthusiasts like to say? Could be—Shiba Inus are great jumpers.