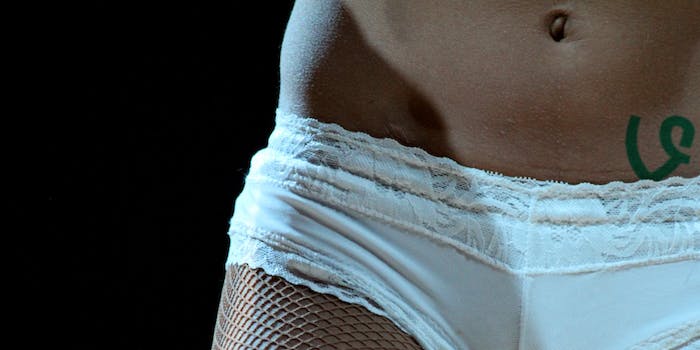 The vast majority of the clips we saw were solo and amateur: people pleasuring themselves and displaying their, er, assets. Some take requests from followers to carry out certain actions. Many are trying to use Vine to hook up, posting their usernames for messaging app Kik and urging those they want to bang to “Kik me.”

Vine is a place where users feel free to get weird, and by taking a sex-positive approach to censorship, Twitter is banking on all of us weirdos sticking around.

If the cornucopia of X-rated bizarrities on Tumblr can make money for its parent company, surely Vine can too.

A Vine of two people boinking may have a caption along the lines of “a fun day with my bestie!” and no mention of a sex act whatsoever—so text-based filters are pretty much out. Relying on the community to flag videos it deems offensive is the only real strategy for IDing offending content.

Not my best work but I feel like you can get what I was going for vine.co/v/bYpWJMHZX5O