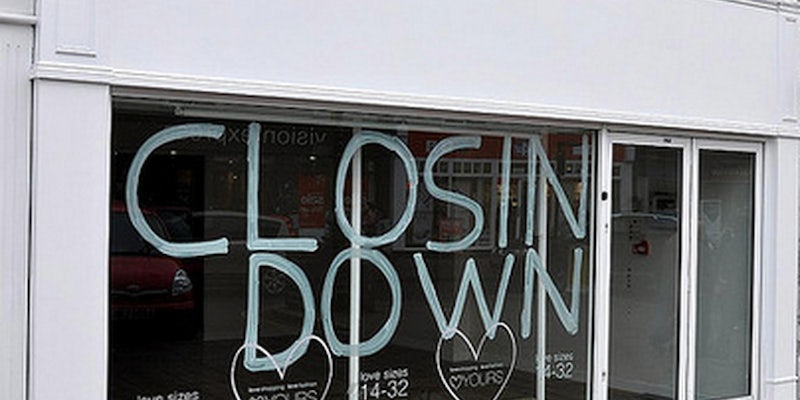 PinDollars, a service that helps you monetize your Pinterest pins, is shutting down after just two days in action.

The service works by automatically tacking on relevant affiliate links to each of your pins. Wednesday morning, Pinterest nullified those links by blocking all clicks to the PinDollars website from Pinterest, rendering the service ineffective.

Chris Hedgecock, the creator of PinDollars, said he received no notice from Pinterest. He’s upset to have his service shut down without any acknowledgement.

“I tweeted at the founder [Ben Silbermann] but haven’t received a response,” he told the Daily Dot.

Hedgecock said he created PinDollars with the best of intentions—to help users profit off of a day’s pinning. He argues that pinners’ hard work is what made Pinterest popular in the first place:

“I guarantee you no one at that company [Pinterest] is working for free, but the only thing that makes it popular is the users pinning and repinning and sharing. They should be compensated for that.”

Despite his intentions, Hedgecock’s service proved too easy for users to abuse. One particularly energetic user has been using PinDollars to pin dozens of pornographic images (link NSFW), all of which violate Pinterest’s Acceptable Use Policy.

“Obviously we don’t encourage users to pin any adult or inappropriate content, quite the opposite, in fact,” Hedgecock said. “We have no way to monetize that content, it’s worthless to us. That being said, users are going to pin whatever they want; we don’t have any control over that.”

Though the PinDollars site is still live, Hedgecock said he has already removed the applet responsible for attaching affiliate links. He plans to update the site soon and send an email to users to notify them of the site’s two-day saga and subsequent death.

However, Hedgecock remains optimistic that Pinterest users will one day realize their power and find out how to cash in on their pins.

“I would love to see some more awareness among Pinterest users,” he said. “[Shutting PinDollars down] is like Pinterest is saying to their users ‘We’re going to be rich off Pinterest but you don’t get to make any money.’”