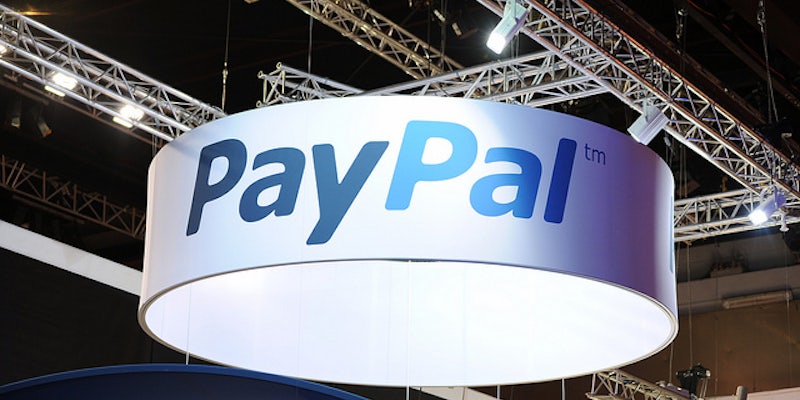 If PayPal accepted Bitcoin, you could use the virtual currency for just about anything.

Bitcoin has experienced no shortage of growing pains lately, but a game changing development could be on the horizon.

“So I’ve been spending a lot of time looking at it, and it’s truly fascinating actually: the way that the currency’s been designed, and the way that inflation is built in to pay for miners, and all that is truly fascinating. I think that for us at PayPal, it’s just a question whether Bitcoin will make its way to PayPal’s funding instrument or not. We’re kinda thinking about it.”

Those were Marcus’s only comments on Bitcoin during the interview, but those three sentences have already generated a lot of buzz online. PayPal’s potential acceptance of Bitcoin could be a real game changer for the four-year-old currency, since PayPal is used on sites all across the internet, including eBay and Amazon. A number of mainstream websites like Reddit and WordPress have already begun accepting payment in Bitcoins, helping to legitimize a currency that still has a reputation for funding shady or flat-out illegal activities, but PayPal’s acceptance of Bitcoin could open the floodgates.

It’s unclear just how serious the company is about making the move to Bitcoin. PayPal was not immediately available to provide more detailed information about Marcus’s statement. And as some analysts note, he may just be showing a public interest in the currency to demonstrate that “his company is on top of the ‘virtual currency revolution.'”

After all, there are many misgivings to still be had about the long term stability of Bitcoin. The currency, which was created in 2009 by an anonymous programer—or group of programmers—known as Satoshi Nakamoto, has experienced several significant crashes following rapid growth just within the last few months. In addition to being plagued by the traditional economic forces of speculation, Bitcoin has also been troubled by technical issues. The currency is entirely self-generating, unregulated, and (so far) secure, but the exchanges that trade it have experienced security issues and been hit with frequent DDoS attacks.