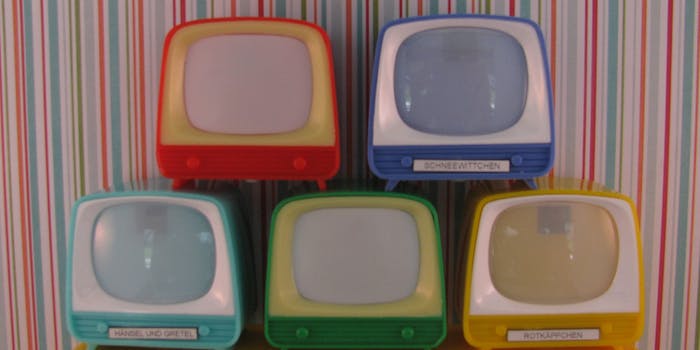 An Internet service embraces the feel of an older medium.

Over the years, and throughout the evolution of its product, Netflix has squared off against a variety of rivals: it emerged as a Blockbuster-killer, an ingenious way of renting DVDs by mail instead of driving to a brick-and-mortar store. As the need for a physical format waned, they turned to streaming services—jockeying for place amid people’s web diets. Now, with the company producing its own high-end programs and self-identifying as an “Internet television network,” it seems destined to do battle with the likes of TV’s biggest, baddest channels. For confirmation, look no further than their newest update, a project two years in the works, which aims to revolutionize the way people stream Netflix on their TVs. As Netflix VP of product innovation Chris Jaffe emphasized when I met with him to take a look at the changes, a majority of the 5 billion hours of Netflix entertainment consumed in the third quarter of 2013 was delivered not to a computer, but a TV, via devices like Rokus, Playstations, Xboxes and Blu-ray players. So why not optimize their experience? (Jaffe and Joris Evers, director of corporate communications, seemed surprised when I told them I still watch Netflix on a large desktop monitor, using a Web browser. “Oh, Netflix dot com,” Jaffe clarified.)

Even so, I had to admit that the new TV interface was as simple, streamlined, and smooth as one could hope for—easy on the eyes, in other words. Cycling through titles was effortless, and gone was the familiar grid matrix, with minimally informative tiles for each entry. Instead you had an immersively visual framing that depended on which film or series was highlighted, along with a repeating screensaver-like pattern of three representative images, two of them harvested by a small Netflix army known as the “enhanced content team.” This, Jaffe pointed out, was the kind of secondary material that persuaded you to stream something you might otherwise scroll past.

There were other nifty features, including voice control—though I feel I do enough shouting at inanimate objects as is—award citations, advanced search options, more contextual data, personal viewing history guideposts, even friend-based recommendations. But more interesting than that was Netflix’s big-picture approach. Where they once had to engineer and design separate platforms for, say, the Roku and a Smart TV, they’ve now universalized one system that works across all devices. This means that when they want to add another batch of features or make a design tweak, they can update everyone (except web users) at once.

In looking at the changes they’ve made already, it’s clear that Netflix wants to keep trending away from the computer screen. The designers continually asked themselves not what the next wave of home entertainment would be, but how Netflix could be “more like TV.” To that end, they’ve modified the scale of text and images, eliminated the infamous red loading screen, gone for visual saturation—anything that dissolves the barrier between “browsing” and “watching.” In the old days, Jaffe says, you’d turn on the TV and there’d already be something to look at. Netflix wants to recapture the magic of what got people addicted to TV in the first place.

It looks as though they just might. Turns out that Netflix, though it kept the update officially under wraps until today, turned the new product loose back in April, giving it to new subscribers who wouldn’t have known the difference. The positive results from that trial run, Jaffe and Evers were pleased to announce, meant that it was now time to bring the enhanced Netflix TV experience to the entire world. The international rollout will take about two weeks. When I ask them what they liked so much about the initial impact, Jaffe is direct: “People watched more Netflix.”