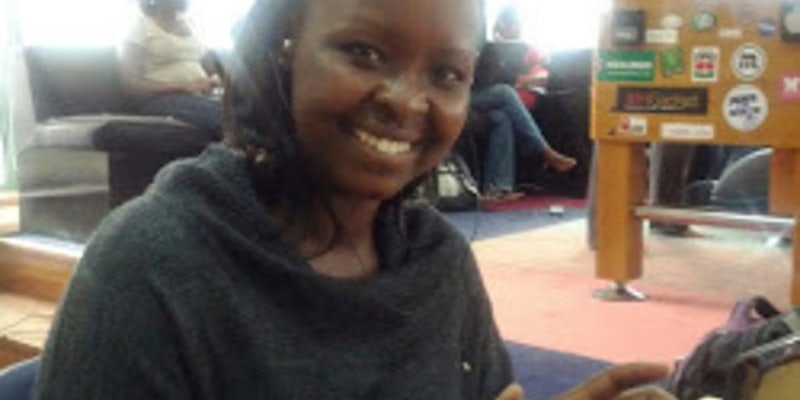 When Martha Chumo was denied a visa to attend NYC's Hacker School, she brought the school to her.

But because Chumo is unmarried, has no kids, and is not attending a Kenyan university (she’s in her “gap year” between high school and college), the American government declined her visa, arguing that she possessed too few “social ties” to Kenya to return home. In other words, they were afraid she’d dash off into the canyons of Manhattan and take programming work away from honest, God-fearing Americans.

She filed an appeal, but that too was denied. So Chumo gave up all hope, crumpled up into a heap, and wept her way through two bags of pork rinds.

Sorry. Read that wrong. She started her own hacker school in Nairobi.

Programming can be a bit like writing or painting. Anyone who can stop doing it probably should. Chumo couldn’t, so she didn’t.

Instead, she launched a second IndieGoGo campaign, to fund a program she called Nairobi Dev School.

Chumo herself didn’t even own, or have daily access to, a computer until last year. During an internship, she spent each day in front of a computer and became thrilled by the possibilities. She took the little cash she’d earned at the summer position, quit, bought her own rig, and installed Ubuntu on it.

In the coming months, she spent tons of time at iHub, Nairobi’s state-of-the-art hacker hangout, education facility, and incubator, using its Internet connection and community to develop her skills.

“Programming opened an unknown world to me,” she said. “I was planning on going to medical school, like most top-students in Kenya do.” Med school is in her rear view now.

Instead, she’s launching a school with a special emphasis on women and on those seeking to redirect from their current path.

“Nairobi Developer School will particularly address the great gender imbalance in the technology by encouraging women to participate in the program and offer financial support to those who need it,” said Chumo. “We will invite women and other minority groups in tech to apply, and the program allows them to thrive.”

Kenya’s investment in high-speed undersea cables connecting the country to the Internet has helped to give it a significant boost in terms of potential for Internet talent and enterprises. Tech hubs and incubators like iHub, m.lab, Nailab, and Strathmore University’s iLab have focused and helped to refine and advise that talent. People in the country with enthusiasm for programming are making money and finding self-sufficiency. Also, with 50 percent of Africa’s 1 billion people under the age of 30, this explosion of hacking power seems unlikely to ebb soon. Her school’s launch seems well-timed.

Chumo is trying to raise $50,000 to pay for a year’s worth of operation, including renting space for the school, buying laptops, securing a high-speed Internet connection and furniture, and providing financial assistance to students who need it.

So far, she has made just under $13,000. With only four days left, it seems like an uphill battle. Given her track record, if she doesn’t make her nut I’m sure she’ll quit.