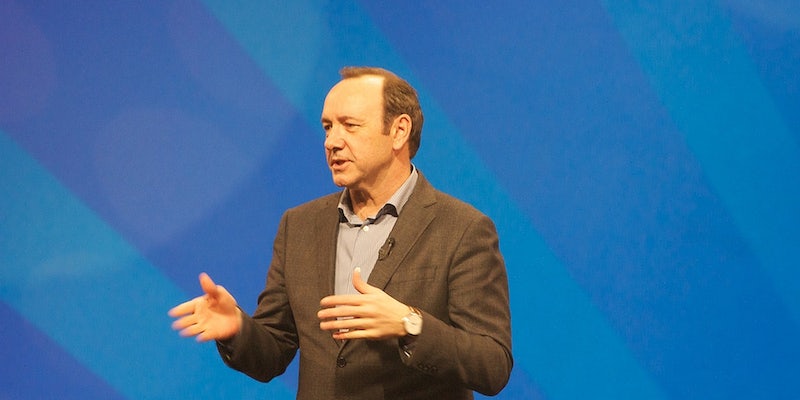 With all the charisma of Frank Underwood, Spacey proposes just how TV executives should revamp the industry.

Leave it to Kevin Spacey to bring everything wrong with the television industry front and center in a single speech.

The House of Cards star was given the honor of delivering the keynote James MacTaggart memorial lecture at this year’s Edinburgh International Television Festival. With all the charisma of Frank Underwood, he used his platform to propose just how TV executives should revamp the industry.

Spacey revealed that all of the major networks were interested in making House of Cards, but they wanted the show’s creators to audition with a pilot first. Netflix was the only network that gave them a shot from the get-go.

And as the success of his television show proved (along with nine Emmy nominations), the audience wants one thing when it comes to television: control. And by giving the audience what they want when they want it at a reasonable price, they’ll be less likely to steal it.

It’s all about the content, and the TV industry needs to catch up and reexamine how they embrace the new technology.

“Studios and networks who ignore either shift—whether the increasing sophistication of storytelling, or the constantly shifting sands of technological advancement—will be left behind.”

The entire speech is a must-watch.