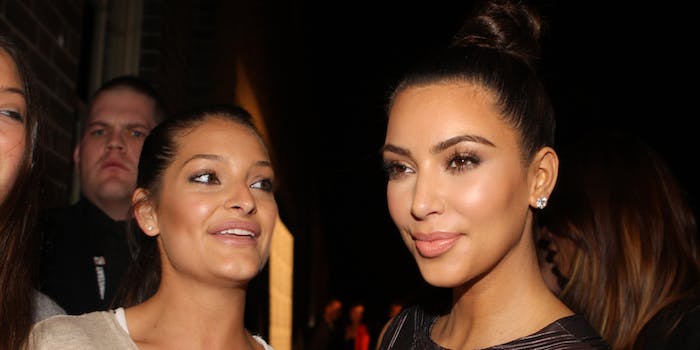 Kristin "M.K." and Chapman Ducote are seeking damages after their Kickstarter project was abruptly pulled.

Could a cancelled Kickstarter campaign be construed as a breach of contract?

That’s the $1 million question at the center of the crowdfunding site’s latest lawsuit.

According to the Hollywood Reporter, Kristin “M.K.” and Chapman Ducote filed suit in the 11th Judicial Circuit Court of Florida against Kickstarter because the crowdfunding company pulled the Ducotes’ project from its site.

On Jan. 17, 2013, the Ducotes launched “Naked Paddock,” a campaign that tried to raise $20,000 for the publication of a book by the same name that dealt with the “life, love and drama in the world of professional motorsports.” Chapman Ducote is a professional race car driver, and the book is loosely based on the life of the married couple.

The Ducotes were scheduled to appear on reality TV program Kourtney and Khloe Kardashian Take Miami at the beginning of the year. They kicked off their fundraising campaign around the same time in hopes that the exposure would result in contributions. It resulted, instead, in Kickstarter yanking the project.

The couple, in turn, filed a lawsuit for the sum of $1 million, claiming breach of contract, fraudulent inducement, and unjust enrichment.

“The unexpected and unexplained actions by Kickstarter in suspending the Project on the website at the same time the Kardashian appearances were occurring on television was an unexpected and huge shock. It is almost as if Kickstarter decided to pull the plug at the exact moment they knew MK, Ducote, and War Chest needed them the most,” the couple’s lawsuit explains.

Kickstarter has filed a motion to dismiss the complaint, claiming that the Ducotes have no legal ground to stand on because they agreed to the company’s terms of service, which dictate that “Kickstarter reserves the right to reject, cancel, interrupt, remove, or suspend a campaign at any time and for any reason.”

Kickstarter appears to be in the right. For starters, the Ducotes are misrepresenting their arrangement with the company. Their lawsuit suggests that they paid Kickstarter for services to be rendered. That’s not the case. Kickstarter only benefits if a project is successfully funded. At that point, the company takes a 5 percent cut from the funds raised.

As per why the company killed the Ducotes’ book project, it might stem from the Kickstarter’s policy on spamming. The Ducotes appearing on national television and plugging their book could have been construed as a form of mass spamming.

At the end of the day, it’s Kickstarter’s house, so they make the rules. Don’t like it? Go to Indiegogo.