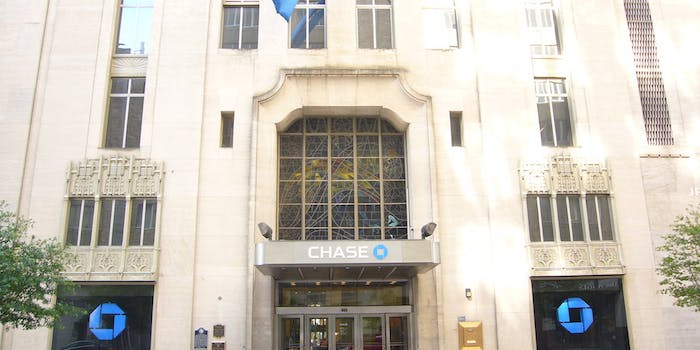 JPMorgan had to learn the hard way that its public image still needed a little work.

When a too-big-to-fail company is ordered to pay back more than $300 million for illegal credit card practices that scammed hundreds of thousands of people, an open forum like Twitter is a risky place for a candid question-and-answer session.

JPMorgan had to learn the hard way that its public image still needed a little work.

#AskJPM was supposed to be a chance for Twitter users to talk to seasoned investment banker Jimmy Lee. It fell apart when questions criticizing the bank started to roll in.

“Bad idea! Back to the drawing board,” company spokesperson Brian Marchiony said in an email to Reuters on Wednesday evening.

Using the hashtag, people began tweeting insults at the bank. Most came from people criticizing home foreclosures and a recent court ruling that revealed the bank was charging customers for credit-monitoring services that never existed.

Is the fact that you’ve paid over half a billion in fines since August a source or pride, or are you embarrassed it’s not higher? #AskJPM

#AskJPM How much money did you save through unintentionally intentionally delaying loan modifications while collecting bailout dollars?

Here’s the thing about marketing on Twitter: Even if you cancel the official campaign, once users pick up the hashtag, it spirals out of your control. Sometimes that’s just good viral marketing. Other times, like McDonald’s discovered in January 2012 when #McDStories devolved into jokes about diarrhea, it becomes a PR team’s worst nightmare.

Even late into Wednesday night, after the Q&A was canceled, the company couldn’t do anything to stop the tweets from popping up. And they became more and more ridiculous. The Internet had officially taken over.

if a corrosive mortgage implodes in the woods, does it make a sound? #AskJPM

Do you even lift bro? #AskJPM

#AskJPM Will you marry me?

#AskJPM are you looking forward to the discovery of Extra Terrestrials so you can ruin their planets financial system also? Be honest.