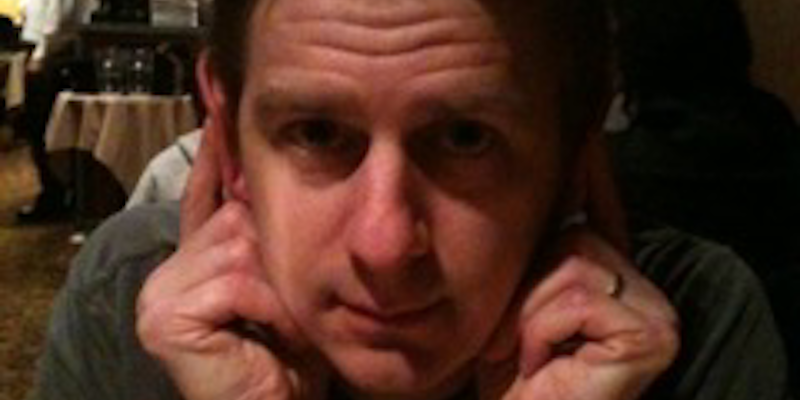 A powerful redditor is pushing a new site with a different approach to sharing the news online.

What do you do when your favorite hangout just isn’t the place you remember? You could stick around and complain. You could find a new spot. Or you could even open up a new one.

Things are no different online—and Mark Katakowski, a high-ranking denizen of Reddit, is pursuing the third option.

Katakowski, a brain-tumor researcher in Ann Arbor, Michigan, is the cocreator of Hubski, a labor-of-love news aggregator that is still very much in beta, but has big ideas for how to improve on aggregation services like Reddit and Digg.

Its launch is timely: Last week, users of social news site Reddit threatened mass suicide. Not the Jonestown kind, but a virtual death involving deleting their accounts. Some actually made good on the threat.

They wanted to protest the proliferation of image memes, inside jokes, and just plain bad content that has recently run rampant on the site’s homepage and bigger sections, or subreddits.

It was a fruitless and somewhat silly gesture: You can create as many free accounts as you want on the site, after all, so a Reddit death doesn’t quite match the permanence of the real thing.

Still, it was important for the emotions involved. A lot of redditors are angry. They say that the site’s rapid growth over the past few years has brought with it an equally rapid decline in quality.

But whenever a thread begins on the site saying it’s time to jump ship, it’s always met with a simple answer: Where to?

Hubski may be the answer.

Katakowski (pictured above) and cocreator Steve Clausnitzer have a plan: Mix Reddit with Twitter and throw in a little Tumblr. It’s news aggregation built on a social networks, as opposed to distinctive communities, like Reddit.

“On most aggregators, posts typically compete for space on a page,” Katakowski told the Daily Dot. “That creates two problems: People bias posts in ways that are known to get attention [known as karma-whoring on Reddit], and only a limited number of posts can be shown at any given time.”

Katakowski says this means that when you want to share something on Reddit, it will either gather dust in a quiet section or be buried in a mass of posts in a popular one.

So Katakowski wants to take out the competitive aspect. On Hubski, user follow one another, rather than communities, as they do on Reddit. Instead of voting a post up and down, you simply share it. That propagates it to your readers; the more people share it, the hotter that post becomes.

How do you find people to follow? Hubski recommends them, based on your sharing and commenting history.

But this makes the learning curve a little steep. The first thing you see when logging in is a list of popular users, but these are nothing but pseudonymous handles. If you’ve just signed up, and haven’t shared a thing, how do you know who to follow?

Hubski’s user interface is also still a little bare-bones (though six years on, so is Reddit’s). It’s not yet entirely intuitive: clicking on what Katakowski calls the “hub wheel” next to a post will share it, but also cause the wheel to disappear—confusing, to say the least. Katakowski  said he’s working to fix that.

Katakowski, who has a PhD in medical physics and taught himself to program from scratch, clearly needs to iron out some bugs and usability issues in his beta. But even assuming he does, he’ll still face the same Catch-22 as any new news aggregator or social network: You only get great content with a sizable user base, but how do you attract users without great content?

Reaching that critical mass of users takes time, patience, and a good product. We’ll be watching Katakowski and Clausnitzer closely to see if they have all three.