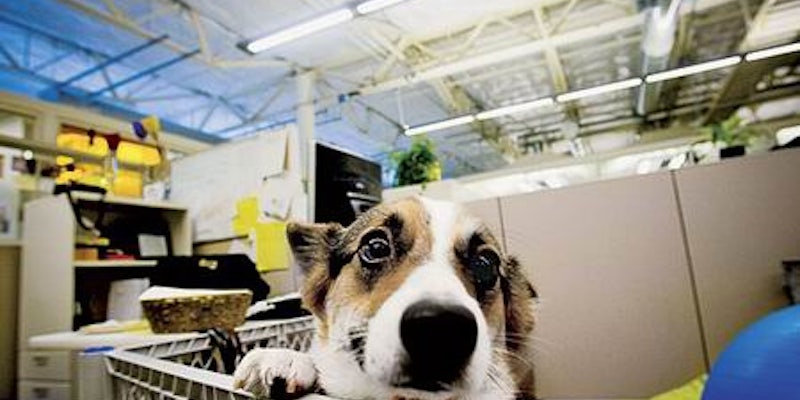 Has Google gone to the dogs?

Google doesn't just allow dogs in the office—it declares itself a "dog company." Take that, cats!

Google has gone to the dogs—and Reddit is barking.

On its official code of conduct page, the Silicon Valley giant has a three-sentence-long dog policy that goes beyond just allowing dogs in its offices. “We’re a dog company,” the policy reads. And for anyone looking for more information on the policy, Google instructs people to see its “Dog Policy,” which coincidentally isn’t explained on the site.

In fact, the full dog policy used to be posted on Google’s investor-relations site, but disappeared in recent years.

According to Google, dogs play an important role in enhancing the quality of life and and boosting office morale, which is why they (and not cats) are allowed on some of its campuses.

“In order to keep all our employees happy, our dog policy (like all our policies) rests on respect for other employees and visitors at Google,”  said Google in a statement provided to the Daily Dot. “For the health and well-being of the cat (with so many dogs around), owners are discouraged from bringing cats, although Google does not discriminate against them.”

And from the looks of it, Google’s pet police has had a positive effect.

One Google engineer named Robert Konigsberg blogged about his experience of bringing his dog Maggie to work in New York.

The hardest thing was getting her to the office, Konigsberg wrote.

“We found an abandoned part of the office floor, a perfect place to throw a ball. We even managed to go on a walk in the afternoon, complete with a poop!,” he wrote on March 11, 2010. “The traffic, the higher travel cost, the restricted walking, it was all worthwhile.”

“The real question is, what kind of self respecting individual would bring their cat to work,” wrote Alphawolf55.