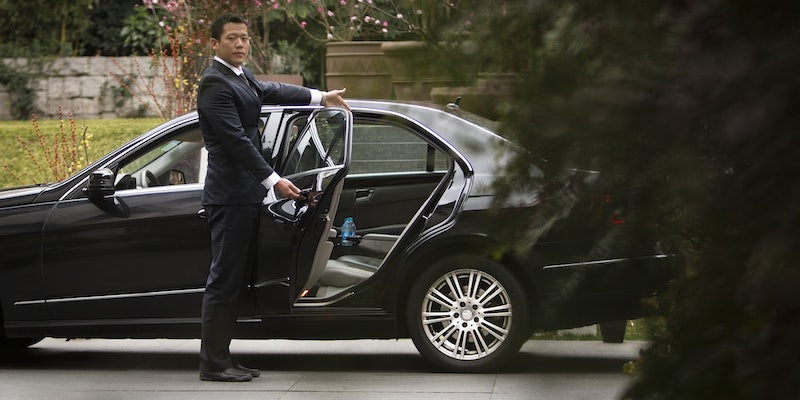 In July, Uber announced that its UberX ridesharing service had cut its prices in New York City to the point where it would now be cheaper to use Uber than to take one of the city’s iconic yellow taxis.

Starting today, however, Uber is going to get a taste of its own price-war medicine.

Gett, a Tel Aviv-based ride-sharing company that competes with Lyft and Uber, has a new offering: Every ride in Manhattan will cost a flat rate of $10.

Need to get from Washington Heights to Murray Hill? From Chinatown to Jefferson Park? From Hunter College to NYU? The trip will only cost $10. What if it’s right in the middle of rush hour and, after spending 30 minutes in transit, you realize it would have been faster to walk? The trip will still only cost $10. The price goes into effect Thursday morning and will last until the end of 2014.

?We’re doing our $10 campaign to highlight that our pricing system is transparent and straightforward,” Gett spokesperson Brooke Moreland tells the Daily Dot. ?We started in New York about a year ago, and we wanted to get our name out there.”

Lyft and Uber have drawn sharp criticism for instituting “surge pricing,” instantly jacking up the price of rides based on the amount of demand in an area. If there’s inclement weather or it’s Friday or Saturday night, users of those services can be expected to pay significantly more for a ride.

When Hurricane Sandy hit New York in 2012, one Uber passenger paid $219 for a seven-mile ride from the Upper East Side to DUMBO, Brooklyn, due to surge pricing. People were, understandably, not happy. As these services become an increasingly important part of the state’s transportation grid, officials were less than thrilled about this type of sky-high fare becoming commonplace. Uber reached an agreement with New York Attorney General Eric Schneiderman in early July to not ratchet up fares to ridiculous levels during emergencies and run afoul of the state’s price gouging laws.

Neither Uber nor Lyft responded to a request for comment regarding how they set their pricing.

Gett, which goes by GettTaxi elsewhere in the world, doesn’t do surge pricing Instead, it uses a flat-rate system based on geographic zones. Going from a certain zone in Manhattan to a certain zone in Brooklyn will always cost a pre-set amount.

Even so, Gett’s flat-rate pricing program doesn’t affect how the company pays its drivers. Gett drivers are paid based on a formula that includes the distance they drive and how long they spend sitting in traffic. When Uber cut its rates in New York, the company elected not to compensate its drivers for the lost revenue, assuming the increased business drummed up by the new price levels would more than cover any shortfall. Gett, on the other hand, is keeping the amount it pays its drivers the same for the duration of its $10-flat-rate promotion, filling in any potential losses from the company’s own pocket.

This flexibility to essentially charge whatever they want is an advantage transportation network services like Gett have over traditional taxis. Taxis in the United States have been tightly regulated for nearly a century. Almost uniformly in cities across the country, the rates taxis are allowed to charge are set by government regulators. Uber, Lyft and Gett can make their services cheaper than cabs and there is virtually nothing cab companies can do about it.

The traditional taxi system goes back to the 1930s, when the Great Depression threw a lot of people with cars out of work, many of whom thought operating their own taxis might be good way to make some much needed money. The sudden influx of cabbies on the roads led to a chaotic situation with low wages, fierce competition, and uninsured drivers injuring passengers without the ability to cover their medical bills.

As a result, municipalities across the country enacted strict rules limiting the number of taxis on the streets, imposing insurance requirements, and standardizing fares across all cab companies operating in a given area by regulatory fiat.

The current fares in New York City are set at a base rate of $3 at the beginning of the ride and $0.50 for every one-fifth of a mile or every minute the cab is sitting in traffic. Rates are nudged upward late at night or during rush hour. The last time the city’s Taxi & Limousine Commission raised rates was in 2012. Before that, the last time it did so was in 2006.

At least for the rest of the year, not only will Gett be considerably cheaper than Uber for Manhattanites, but it’s also thrifiter than most cab rides.

Naturally, cab companies aren’t particularity happy about having to compete on a playing field that’s somewhat less than level, especially when all those regulations can make operating a Lyft or Uber car up to 40 percent cheaper than driving a regulation-compiant cab. As a result, when services like Gett and Uber have expanded, cabbies have often attempted to thow roadblock after roadblock in the way of them receiving regulatory approval.

Granted, this lack of approval hasn’t stopped many of these companies from openly flouting the law in cities where they’re not technically allowed to operate.

For example, in Austin, Tex., Lyft and Uber have been openly operating illegally for months in the hopes lawmakers will eventually change the law in their favor. If enough people in the Texas capital use the service, enjoy the experience, and tell local politicians to let them continue using it, the strategy goes, it will be difficult for the legislators to ignore the will of their constituents.

In another example of the ride-sharing world’s cut-throat tactics, a recently leaked internal document from Uber shows that it was company policy to order thousands of fraudulent rides from Lyft, and then cancel them as a way to distract Lyft drivers from picking up legitimate passengers. Uber has denied that it was actually doing this.

Gett insists that its business model doesn’t involve directly flouting the law of the land just because the company finds it inconvenient. All of its drivers in New York City are fully licensed, just as all of their drivers in London have passed “The Knowledge,” the city’s famously difficult test that anyone driving in a cab in the U.K. metropolis is required to take.

“We want to be innovative, but we don’t want to be disruptive to the point where we’re breaking the law,” Moreland explained.

Interestingly, the solution put forward by the cab companies themselves is almost always to bring services like Uber and Gett in line with regulations. Dave Sutton, spokesperson for the taxi-industry group Who’s Driving You, which is dedicated to stopping the expansion of these upstart competitors, told the Daily Dot earlier this year that cab companies haven’t used this potentially mortal threat to their business models as an excuse to lobby governments to let them do things like temporarily set $10 flat rates as a promotional tool.

But, all things considered, it may be worth a shot.