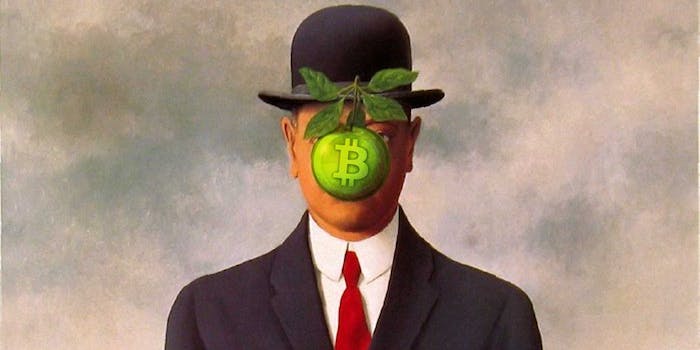 The Coinapult founder discusses why he no longer dismisses as Bitcoin as "magic Internet tokens."

“A friend of mine posted a status update on Facebook, mentioning this ‘currency’ which rose 60,000% over the preceding six months, or something similar to that,” Erik Voorhees told the Daily Dot.

“Being interested in money and markets, I read the post and thought that this ‘Bitcoin’ thing was absurd and foolish. I’m a hard money guy; I know what makes good money, and magic Internet tokens ain’t it.”

But on reading further about the magic Internet tokens, Voorhees experienced a common reaction to other Bitcoin true believers: He grew fascinated, then euphoric to the point that he “could barely eat or sleep.” Six months later, he had tuned in, turned on, and joined up. 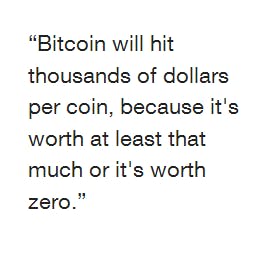 Voorhees is the founder and CEO of Coinapult, a company that facilitates the transfer of bitcoins via SMS and email. He was formerly the marketing head for BitInstant and has been involved with FeedZeBirds, a Bitcoin-based Twitter advertising platform set to be relaunched soon, as well as Paysius and SatoshiDICE, the “Bitcoin casino game.”

“Today, I live and breathe Bitcoin,” he said. “It defines almost everything I do with my time.”

To quickly recap, Voorhees has in common with the bulk of the first generation of Bitcoin advocates and entrepreneurs: a background in economics, a conversion experience, a spell of hermitage and study, a profoundly altered trajectory to his life, a belief in Bitcoin as a globally important experiment that will change the world a keen, and energetic entrepreneurship.

Everyone who stuck around after the first Bitcoin bubble popped in the summer of 2011 “was busy building things,” Voorhees said.

“We were hooked regardless of the price,” he added. “We knew the power of this system, so we kept our heads down, tried to ignore all the haters (many of whom bought in speculatively too late, only to lose a bunch of money and cry foul.”

It was during that time that companies such as BitPay, BitInstant, TradeHill, BitStamp, Coinapult, and Blockchain.info sprouted up. Although that sense of peer experience is powerful, Voorhees is excited by the growth of the sector.

“It’s great that new talent is diving in,” he said. “I look forward to the day when I know only a minority of the people and projects happening, and we’re likely already there. Bitcoin is open-source, global, and requires no permission from anybody, so thousands of entrepreneurs are gravitating in and building their vision.”

It’s this potential for growth that also holds the key to the growth of Bitcoin’s value.

“Bitcoin will hit thousands of dollars per coin,” he theorized, “because it’s worth at least that much or it’s worth zero. The number of industries, communities, habits, traditions, and even interpersonal interactions that Bitcoin has the potential to revolutionize is massive. 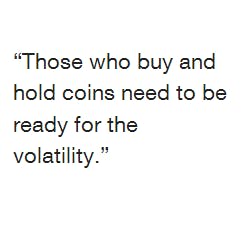 “We’re shooting for the moon,” he proclaimed. “Those who buy and hold coins need to be ready for the volatility; there will be a number of spectacular bubbles and pops, and assume it’ll all go to zero. Only with such a fatalistic assumption can one be in the right mindset to navigate this speculative Wild West of currencies.”

Like other bitcoiners we’ve spoken with, Voorhees cautions against mistaking value and price.

“The value of Bitcoin is astronomical, but the price goes all over the place as a million buyers and sellers try to figure out what that value is, and how likely it is to manifest.”

Bitcoin is volatile, according to Voorhees because it’s new, it currently has a relatively small market and it’s outcome, though possessing monumental potential, inheres a great deal of uncertainty.

But Bitcoin, according to Voorhees, is not always wildly fluctuating. He points to a four-month period in the middle of last year during which the currency traded at about $5 with very little variation.

“There were actually days when it was more stable than gold and silver,” he said. “But stability comes with time, with maturity. While we’d love the price to be stable today, that’s an expectation as unrealistic as expecting stability never to occur in the future. Rome wasn’t built in a day.”