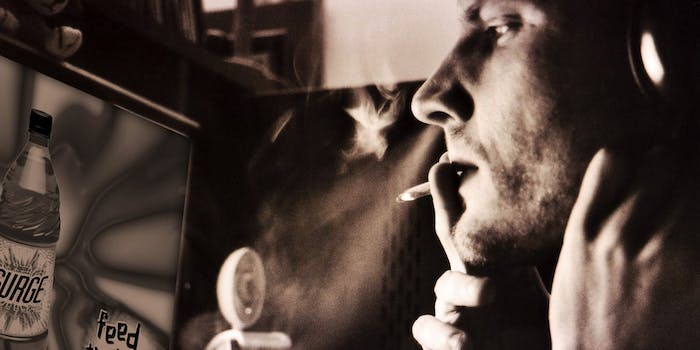 Coke is bringing back Surge because the Internet told it to

The Mountain Dew competitor was discontinued in 2003 amid lackluster sales.

Call it a “surge” in Internet activism: Coca-Cola on Monday announced that it was bringing back its Surge product as an Amazon exclusive, and as BuzzFeed reports, the company attributed its decision to the Internet.

More specifically, Coca-Cola credited a Facebook group known as “The Surge Movement” with its decision to resume sales of Surge 12-packs.

The 129,000-plus Surge fans who have been lobbying for this move for years were ecstatic, judging by a post on their page.

“The same delicious flavor and your favorite original artwork from the ’90s has returned!” crows one of the page’s administrators. “In order to keep SURGE alive and available, we need EVERYONE to spread the word and order today!”

A YouTube video released by Coca-Cola features the three hip-looking page administrators discussing their love for Surge. “I think for everyone over at The Surge Movement, when they have a Surge, it brings them back to that simpler time,” says page administrator Evan.

Several years ago, a separate campaign operated by two Surge fans failed to convince Coca-Cola and Walmart to partner up to bring back the soda. “The campaign to bring back our favorite soda is now in crisis,” wrote Eric and Avery of SaveSURGE.org.

“We have been told that their opinion is unlikely to change in the near future,” the two wrote. “There are some wonderful people within the company who are indeed on our side but as we see there are also those opposed to a SURGE comeback.”

The Surge movement evidently grew stronger and larger in the wake of that bitter defeat—”Despite all of the genuine passion and effort put forth by SURGE fans, we will not be rewarded,” SaveSURGE.org observed—and finally that passion and effort is being recognized.

It’s unclear how long Coca-Cola intends to keep producing Surge, which it introduced in 1996 to compete with Pepsi’s Mountain Dew brand but dropped in 2003 amid lackluster sales. Wendy Clark, the senior vice president of marketing for Coca-Cola North America, said in the company’s press release, “Future plans for the brand will depend on the level of excitement exhibited by fans across the country.”

For now, Surge fans are savoring the sweet taste of victory, declaring on their Facebook page, “The Movement does NOT END HERE!”

Photo by andronicusmax/Flickr (CC BY 2.0) | Remix by Fernando Alfonso III