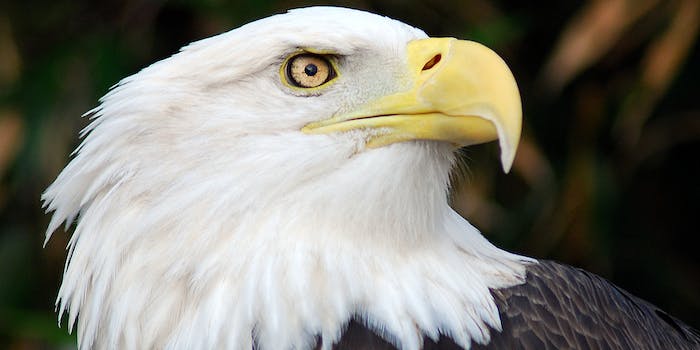 Appearing patriotic is harder than it looks.

Yesterday, comedian Joe Mande tweeted that the following day would be “Twitter Christmas.” Was he excited for sober remembrances of those who died in the attacks of 9/11? Of course not: he just couldn’t wait for corporate brands to awkwardly attempt to align themselves with that funeral mood across their social media platforms.

Every year, Mande calls out companies for their bland, tone-deaf marketing messages pegged to the anniversary of the attacks.

This year, for example, he retweeted an AT&T post that quickly sparked an outcry for its shameless product placement. “Never forget,” read the caption to a photo of someone using a smartphone to take a photo of the iconic Tribute of Light beacons.

We apologize to anyone who felt our post was in poor taste. The image was solely meant to pay respect to those affected by the 9/11 tragedy. 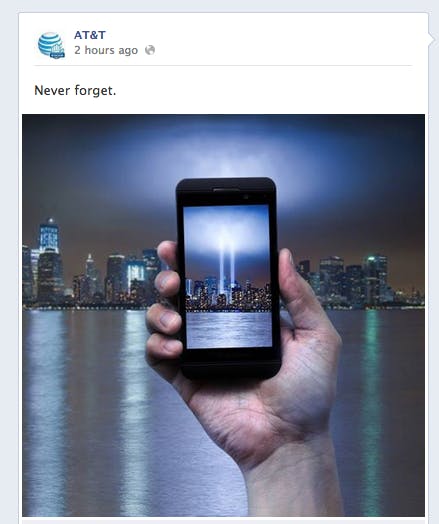 Blue Bloods remembers and will never forget @Sept11memorial from their special episode “The Job” https://t.co/ryu2XklZRS

Dating service Christian Mingle went so far as to imply the victims were somehow willing casualties in a war they hadn’t yet been informed about, or something? Onward, you brave, dead crusaders.

Thinking of all of the patriots who gave their lives unexpectedly 12 years ago today. #NeverForget #Sept11

Sports teams also handled the occasion with a lack of nuance—the NBA’s Phoenix Suns, for example, seem to be celebrating with cheerleaders, smoke machines, and a flag-waving astronaut?

Lots of chain restaurants, including White Castle, The Cheesecake Factory, and Burger King, played it pretty safe, with simple messages and photos of American flags—though there is something inherently funny about The Sizzler telling you to “#neverforget,” and it’s downright weird when a diaper brand does likewise. 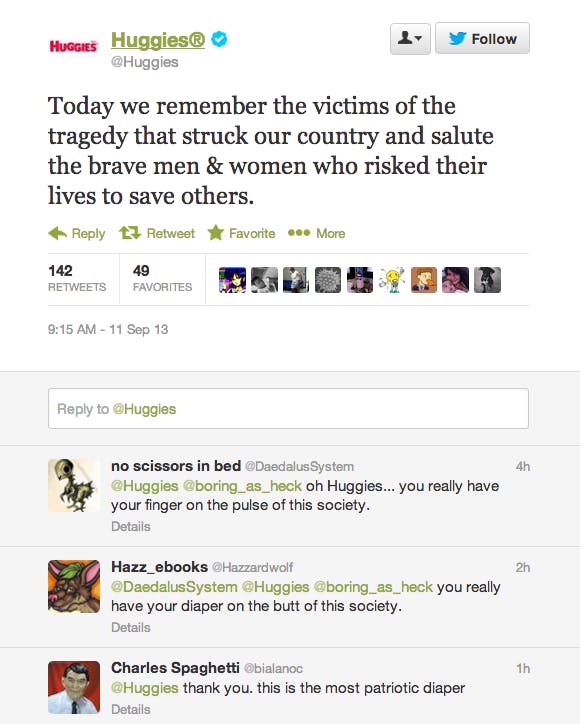 But if there’s a single company that really knows how to grieve along with the country, it’s got to be Marriott Hotels, which—at least in one location—offered customers a thoughtful if somewhat time-sensitive and stingy deal at breakfast:

Could it be that we don’t need these brands to remember 9/11 for us? Particularly if their little salutes to our fallen compatriots often seem geared to score cheap social media points? Tell you what, Walgreens: The first time an American actually does forget 9/11, even for a moment, you can be the one to remind him about it.