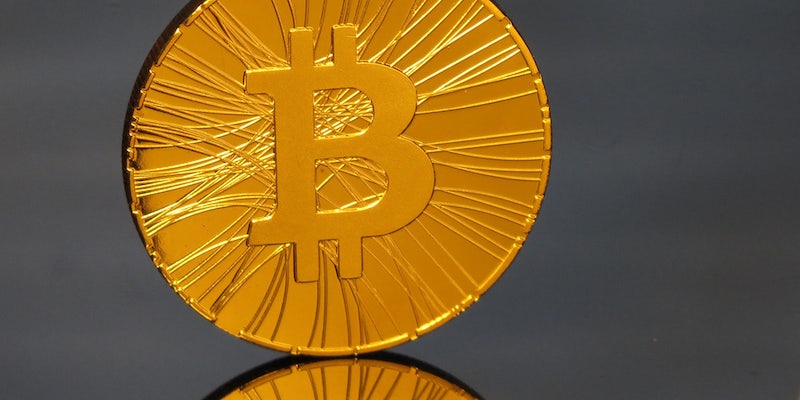 WeExchange customers would be rich... if they could access their money.

Over the past 30 days, the value of a single Bitcoin—the world’s most popular digital currency—has soared from $200 to a peak of $1,200. While the price has since dipped a bit from that all-time high, anyone who got in early and is savvy enough to sell while the price remains high is likely to have a merry Christmas.

But for many of the budding currency traders whose Bitcoins are currently tied up in WeExchange.co, the current rally in Bitcoin prices are likely a source of frustration than of celebration. For weeks now, legions of the Perth, Australia-based site’s users have been unable to withdraw their money despite widespread protestations. Jon Montroll, WeExchange’s operator who goes by the handle Ukyo, has blamed technical problems for the delay.

Leon J., a college student, is one of the many Bitcoin users whose funds are tied up in WeExchange. Jeutter invested in a Bitcoin mining group and his shares were issued through Bitfunder, a Bitcoin stock exchange also operated by Montroll. Jeutter explained that going through WeExchange was the only way he could withdraw money from Bitfunder.

Last month, when Bitfunder closed its doors and WeExchange stopped processing withdrawals, Leon suddenly found himself  in possession of a rapidly appreciating asset, but unable to make use of it.

Last week, Neo & Bee, a Cyprus-based brick-and-mortar Bitcoin bank, announced that it is stepping in to help WeExchange resolve the situation. ‟At this point in time it is no longer possible to be immediately able to pay out all users,” Neo & Bee founder Danny Brewster wrote in a post on the Bitcointalk forum. ‟Jon has been working to ensure that a process is in place to remedy this situation and to ensure that all users get the Bitcoins owed to them. This is the unfortunate reality of the situation.”

Citing legal reasons, Brewster said he was presently unable to explain how WeExchange.co found itself unable to make payments in the first place. However, in an email to the Daily Dot, he insisted, ‟that myself and Neo & Bee are not the root cause or were connected to the cause of the problem, we just want to help the community and those affected.”

A slew of recent incidents have brought similar scrutiny to the lack of consumer protections surrounding Bitcoin services.

Last month, Austrian online Bitcoin wallet service Inputs.io was compromised and 4,100 Bitcoins (valued at $1.8 million at the time, but now worth around $4 million) were stolen by hackers. The site’s 18-year old owner has offered his cleaned-out depositors a partial refund out of his own pocket.

A few weeks ago, the Hong Kong-based Bitcoin exchange GBL suddenly vanished with millions of dollars worth of its customers’ currency.

An analysis by researchers at Southern Methodist and Carnegie Mellon universities found that, over the past three years, nearly half all Bitcoin exchanges have closed down, often without warning. Only one-third of the shuttered exchanges offered any sort of refund to their customers.

The anger and confusion around WeExchange.co’s shortcomings highlight how Bitcoin’s rapid growth in popularity, combined with many regulators’ lack of understanding of the specific set of challenges presented by cryptocurrencies, present a major stumbling block for widespread adoption—namely, the lack of robust consumer protections.

If Bitcoin services were regulated like how banks or registered money transmitters are in most developed nations around the world, they would be required to carry insurance against theft, follow strict rules about how they collect and store customer data, and have a large shares of their deposits guaranteed by government agencies.

However, this sort of regulation, which is anathema to the techno-libertarian ideal from which Bitcoin was birthed, has largely been fought by advocates within the Bitcoin industry.

As regulators rush to catch up to the new reality of virtual currencies, it has left people who choose to trade in Bitcoin in a difficult spot when those transactions run into trouble. Within the traditional financial system, there are often regulatory remedies for institutions that fail to live up to their obligations. While U.S. regulators have begun to issue some hazy guidance when it comes to Bitcoin, by and large aggrieved customers’ only option may be to file expensive, complex lawsuits.

If Bitcoin continues to avoid these regulatory controls, its reputation as the financial Wild West is unlikely to dissipate any time soon.