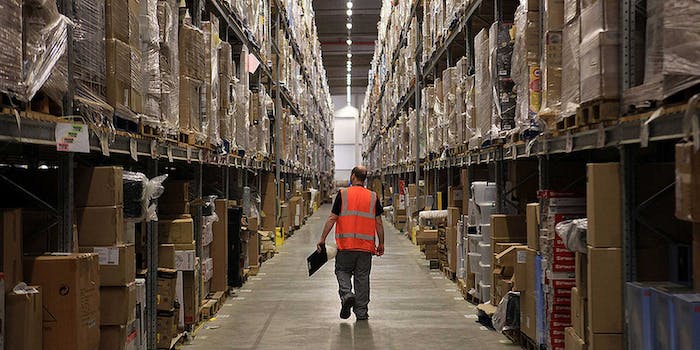 Amazon teams up with U.S. Postal Service for Sunday delivery

The weekend is no longer an Amazon-free black hole.

As Amazon gears up for the busy holiday shopping season, customers in the nation’s biggest cities can look forward to having their packages delivered any day of the week.

The world’s largest online retailer has just announced a new partnership with the U.S. postal service to bring Sunday package delivery to customers in New York and Los Angeles, with plans to expand the service to other major U.S. cities next year.

“Delivery on a Sunday would be very compelling for consumers,” Forrester Research analyst Sucharita Mulpuru told the Wall Street Journal. “There are certainly people who decide not to make an order on a Friday because it won’t get there until Monday.”

The move comes at a time when Amazon is rapidly expanding its services in order to reach customers in new and different ways. The company has already started same-day grocery delivery in some cities and is developing its own line of smartphones and TV boxes to go along with its Kindle tablets.

Though Sunday delivery will only be an option for New Yorkers and Los Angelenos initially, the company already has plans to expand the service to Dallas, New Orleans, Houston, Phoenix and other cities next year. Sunday delivery is also planned for London sometime later this month.

Though its not unfathomable that Amazon would want to increase the number of days it delivers packages, the real surprise is that it’s teaming up with the U.S. Postal Service to do so. The agency has been hemorrhaging money as more and more consumers turn to email and other online resources for services traditionally fulfilled by postage. The USPS has been forced to make extreme cuts to compensate, closing post office locations around the country and even considering the end of Saturday delivery. The postal service expects to lose $6 billion this year.

The partnership with Amazon will thus be a major boon for the agency, which says the infrastructure for Sunday delivery is already in place. The postal service already makes limited deliveries on Sundays for its own purposes around the holidays and a spokeswoman for the agency told the Journal that the agency has been cultivating a “flexible” workforce ready for Sunday shifts. The post office was selected for this venture over private shippers like UPS and FedEx because the technology of the two companies pair well, the spokeswoman said.

Sunday delivery will be available to all Amazon customers in the applicable markets at no additional cost. Customers won’t specify Sunday delivery, but if the items are ready they will show up that day rather than sitting in a warehouse till Monday as they would have in the past.

By adding a seventh day of delivery, Amazon also hopes to add more customers to its $79-a-year Prime program, which offers unlimited two-day delivery as its biggest selling point. An estimated 10 million Prime members buy twice as much as customers who opt for free shipping.