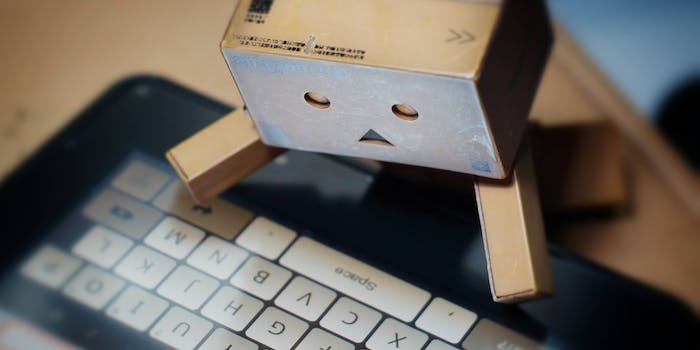 Amazon is testing a new service, Kindle Unlimited, that would offer unlimited access to 600,000 of its titles for a $9.99 monthly fee, according to Gigaom.

The service would compete with existing programs offered by Scribd ($9 a month, 400,000 titles) and Oyster ($10 a month, 500,000 titles). Amazon’s proposed offering would differentiate in that it provides audiobooks, which makes sense given it owns leading audiobook distributor, Audible. Scribd says it has 5 million subscribers, while Oyster will not reveal its subscriber numbers.

Amazon presents a compelling arsenal of assets that would allow them to dominate this nascent-yet-growing space. In its corner, the Seattle-based company manufactures and distributes an array of devices (mobile and otherwise), has its own self-publishing unit, global distribution, and the ability to create loss leaders to gain market share. An even bigger weapon is its ownership of Goodreads, a leading community of book enthusiasts who share recommendations, would be a major plus for any new digital content service.

As with its Amazon Prime unlimited streaming service, an unlimited book service would live in the cloud and be accessible via downloadable applications. The service, at least at launch, would not be compatible with black-and-white ereaders such as the earlier Kindle family of devices (such as the Paperwrite).

And then there are the publishers. To date, many major publishers have been holdouts in working with unlimited ebook offerings. While Simon & Schuster, HarperCollins and many smaller publishers are on board with the concept, others such as Macmillan, Penguin Random House, and Hachette are taking a wait and see. Given Amazon’s very public battle with Hachette over rights and distribution, the giant global publisher is not likely to be an early supporter of Amazon’s new proposed service.

A number of business models regarding compensation have emerged for the unlimited ebook concept. Some are based on compensating publishers based on the actual quantity of content read by members, while others offer a flat fee. Look to Amazon to perhaps add an ebook service as part of its Prime offering (as it did with its streaming TV/movie product), which also could result in a consumer data bonanza mapping reading behavior that could be combined with TV/view and shopping statistics to create even more future revenue-generating opportunities.

“The apparent entrance of Amazon into subscription market is exciting for the industry as a whole,” Adler said. “It’s validation that we’ve built something great here at Scribd. Publishers, authors and readers alike have all seen the benefit, so its no surprise they’d want to test the waters. Successful companies don’t fear competition, but rather embrace it, learn from it and use it to continue to fuel their own innovation which is exactly what we intend to continue doing.”