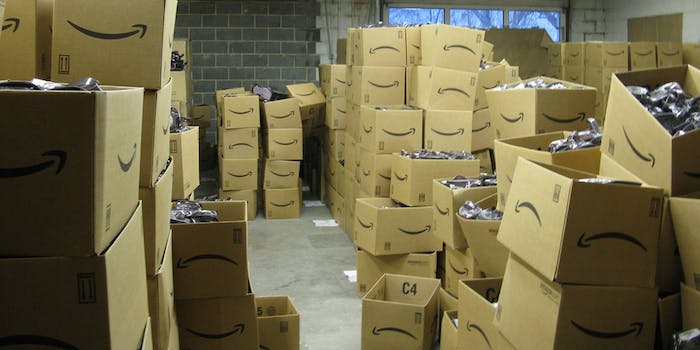 Customers are angry over books being marked as out of stock for seemingly no reason.

Last week, a publisher accused Amazon of deliberately slowing down orders due to a contractual dispute. Hachette, the publisher of J.K. Rowling, Malcolm Gladwell, Jon Stewart and many other popular authors, is currently in contractual negotiations with Amazon over rights and distribution, reports the New York Times. While Amazon can usually ship a title in a couple of days, shoppers have been alerted that Hachette titles, such as Stephen Colbert’s new tome, aren’t available for up to three weeks. Other titles by popular Hachette authors have also inexplicably been marked as out of stock by Jeff Bezos’s company, leaving shoppers with either a long wait or an arduous trip to their local independent bookseller.

Hachette claims Amazon, which controls 30 percent of the U.S. book market, is inconveniencing customers to punish the supplier, as it has previously done with MacMillan and independent publishers by discouraging customers to buy certain titles and in some cases even removing them from sale altogether.

“We have been asked legitimate questions about why many of our books are at present marked out of stock with relatively long estimated shipping times on the Amazon website, in contrast to immediate availability on other websites and in stores,” said Hachette spokesperson Sophie Cottrell.