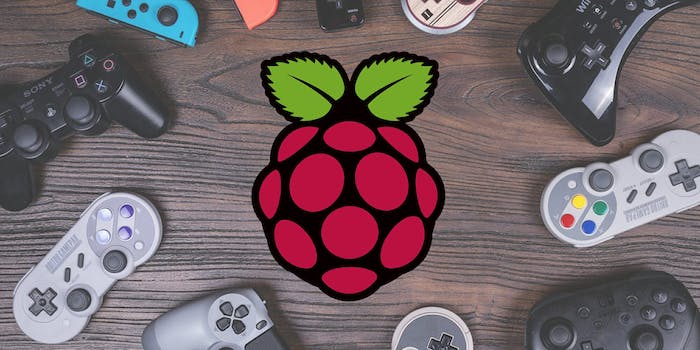 What is Raspberry Pi? A DIY retro gaming console waiting to happen

If you’ve heard of it, you may be wondering “What is Raspberry Pi?” Simply put, it’s a tiny, affordable computer that you can use to make a myriad of projects … including your own video game console.

Building your own console may sound daunting, but trust me, it’s way easier than it sounds. In fact, it’s practically foolproof.

You’ll find a list of things below you’ll need to get started on this new adventure, along with user-friendly step by step instructions to build your new glorious gaming rig. Best of all, when you add up the cost of the parts, it will still run you less than a modern gaming console.

The 3rd party controller manufacturer 8bitdo has some serious skill when it comes to custom gamepads. Many of their models work universally for Nintendo Switch PC, Mac, iOS, Android, and of course, Raspberry Pi. Here are a few models I recommend:

Are you still salty about not getting an NES or SNES Classic Mini? Save your tears and fake it. There are cases for your system that make it look exactly like the retro console of your choice, be it NES, SNES, or even Game Boy. It’s not just for show. Each of these cases comes with heat sink functions to ensure smooth operations all year round.

No television, no problem. This portable monitor spans 15.6 inches, which is larger than most laptop screens. It plugs right into your Raspberry Pi console, letting you use it anywhere. This even comes with a stand and protective cover to keep it safe and shiny.

Now that you’ve assembled a gorgeous console, you’re going to want to show it off. Pack it all up in this carrying case, built with Raspberry Pi in mind. It’s got compartments for the console, every manner of cable, and even your controllers. The rigid hard shell casing protects your console from accidents and the elements alike. Even if you plan on using it strictly as a home console, it’s an affordable place to tuck it away when you’re not getting your game on.

How to turn your Raspberry Pi into a retro-gaming console

RetroPie is the program you’ll use to get games going on your new Raspberry Pi console. Playing retro games requires emulators, which use roms. Roms are digital copies of games that can be procured online. However, just a heads up: hoarding roms for games you don’t own is illegal.