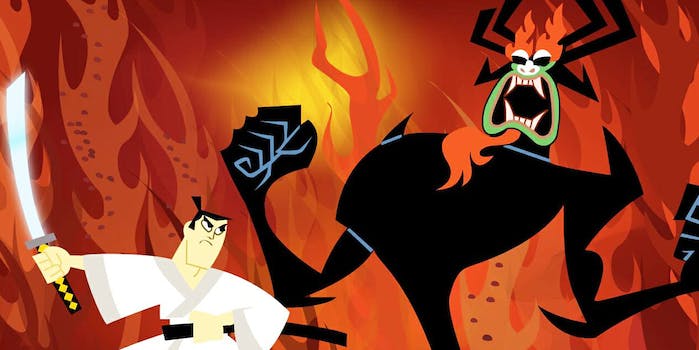 Undo the past, save the future with the ‘Samurai Jack’ complete series

Get back to the past, Jack.

Watch a stoic and occasionally easily going warrior save the past by defeating the future with the Samurai Jack complete series on Blu-Ray.

Aku, the demon shapeshifter (voice provided by legendary actor Mako in seasons 1-4) has only one true equal: a samurai known as Jack. Jack’s a little short on words: he lets his sword do all the talking. This hit has the high flying action of a Bruce Lee film with the hilarious antics of a ’90s cartoon. It’s no surprise Samurai Jack is a brainchild of Dexter’s Laboratory and Powerpuff Girls creator Genndy Tartakovosky. And like all great shows, it came, got canceled, then came back for a satisfying conclusion.

Follow Jack’s odyssey from the beginning through five glorious seasons. Or just groove to that sick theme song. Jack won’t be the only one traveling in time. Take a nostalgia trip with the Samurai Jack complete series on Blu-Ray, now available on Amazon for $87.39 (regularly 112.99).