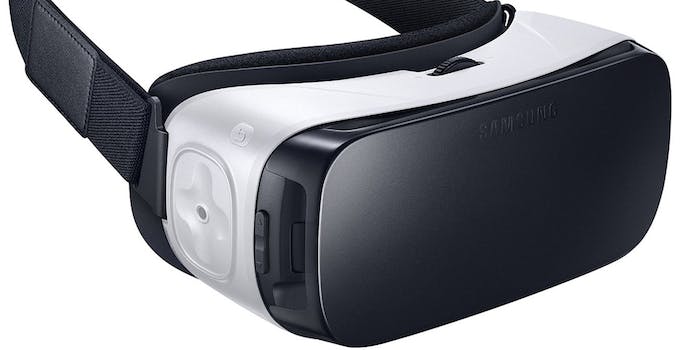 Experience the next best thing to Oculus Rift without breaking the bank.

Virtual reality can cost a fortune for top-shelf gear. Not everyone can drop $500+ on an Oculus Rift. However, Android users can get the next best thing for less than $100 today.

The Samsung Gear virtual reality headset is 40 percent off on Amazon for today only. The Gear is actually powered by Oculus, and it’s the number one best-selling smartphone VR headset on Amazon.

With the Samsung Gear, you can enjoy movies, chat with friends and check out breathtaking 360-degree views available via the free Samsung Milk VR app.

For optimal gaming, the headset requires a separate controller, which also happens to be on sale right now.

This headset normally costs $99.99, but you can get it today for just $59.99. That’s the lowest this device has ever been, and a serious bargain for a headset that rarely goes on sale outside of Black Friday. Scoop one up fast, while supplies last. Buy it here.