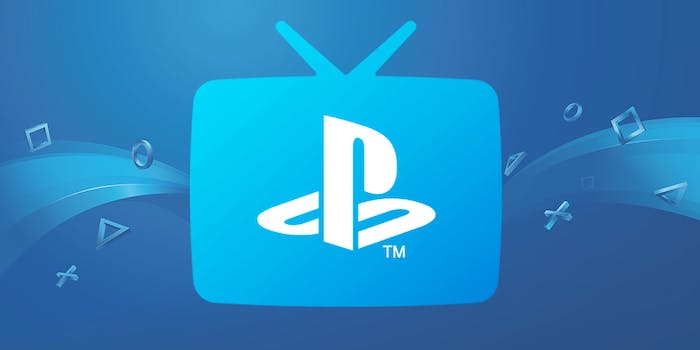 Catch your favorite show straight from your PS4.

You PlayStation console isn’t just for cinematic experiences with video games. With its streaming counterpart PlayStation Vue, it also serves as a way to watch your favorite cable networks live directly from your home console. And if you hurry, you can snag the service at a lower price.

Normally, PlayStation Vue plans start at $49.99 a month with its most basic streaming package. For a limited time, the PlayStation Vue Core package is available at a discounted rate of $39.99 for the first two months. This promotion runs through May 6, which is just in time to catch some big spring TV events, like the NFL draft and NBA playoffs.

What is PlayStation Vue?

PlayStation Vue is Sony’s answer to online cable live-streaming in the vein of Hulu, Sling TV, FuboTV, and YouTube TV. If you’re already spending hours playing God of War or Red Dead Redemption 2, it’s one of the most seamless ways to binge programs all from the same device. You’ll be able to watch tons of great channels like ESPN, NFL Network, and AMC live and on-demand. It’s also one of the services that also gives you access to local channels like Fox, CBS, and NBC in select markets.

PlayStation Vue is a perfect fit for gamers, but you don’t actually need a PlayStation 4 (or any gaming console) to take advantage of the streaming service. It works equally well on your preferred streaming devices, including Roku, iOS, Android, Amazon Fire Stick, and Fire TV. Of course, if you’re looking for an excuse to buy a new Sony console, it certainly doesn’t hurt.

How much does PlayStation Vue cost?

This plan comes with the usual cable suspects like Food Network, FX, IFC, CNN, and TBS. It also adds premium sports and entertainment destinations like ESPNU, Cooking Channel, SundanceTV, NBATV, and TCM. All in all, you’ll get more than 65 channels for $40, which is cheaper than the monthly price of most competitive streaming services. Normally, you get a one-week trial for free, but PlayStation Vue is still offering a complimentary five days with the package at the discounted rate.