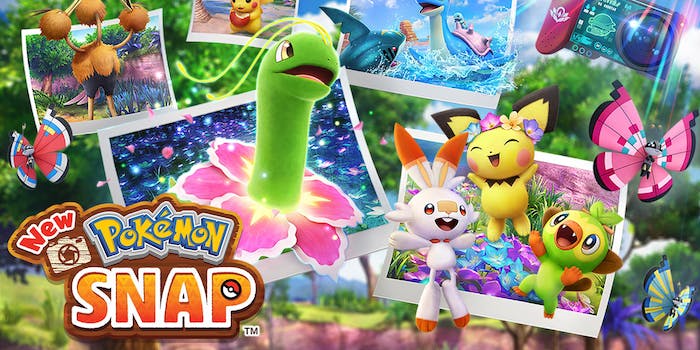 It’s been more than two decades and seven Pokemon generations but it’s finally happening. N64 and Blockbuster kiosk legend game Pokemon Snap is finally getting a sequel on the Nintendo Switch. New Pokemon Snap promises to be an adventure of a lifetime.

What is New Pokemon Snap?

For the uninitiated, the original game starred a long-forgotten protagonist Todd Snap. Instead of capturing and training Pokemon, Snap prefers to catalogue them in the wild using his camera. Professor Oak sends Todd to Pokemon Island, a place with a wide variety of climates and geographic regions. From the safety of an on-rails vehicle, players must snap photos of Pokemon interacting with nature, and each other.

That was seven generations of Pokemon ago. Back when Mew was still a novelty and the very mention of Ho-Oh would be tossed aside as internet rumors and lore. Todd Snap will not return in the sequel, but the rest of the magic will still be in place.

In the sequel, players will visit the Lental region under the tutelage of Professor Mirror. There, aspiring photogs will encounter over 200 species of Pokemon from across the mainline video game series. Like Pokemon Island before it, the Lental region will feature a wide array of environments. Forrests, beaches, and even deserts are just a few of the destinations players can soak in, in glorious HD.

Not only can you photograph Pokemon in their natural environment, brave souls can manipulate situations by throwing fruit, playing music, or Illumina orbs. Interacting with Pokemon in this way not only gets species to show their stuff for the camera, but may even unlock secret passages. All in all, an equally exciting and cozy little adventure.

The way is two decades in the making, but hardcore fans won’t be waiting much longer. New Pokemon Snap releases on Nintendo Switch Friday, April 30 and is available for pre-order on Amazon for $59.99.