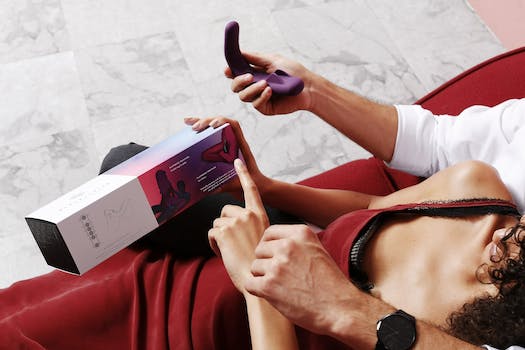 Adult toys have historically catered to cisgendered people, but MysteryVibe thinks it’s about time that changed.

As long as adult toy manufacturers have been in the market of selling sex toys, they’ve done so using gendered marketing. The reasoning for it was largely in response to the women’s liberation movement of the 1960s and 1970s. But as our definition of gender widens beyond just male and female, our sex toys need to do the same.

MysteryVibe, a sexual health company, is inventing category-defining products that combine the best of humanity and technology to elevate the pleasure experience. Their flagship product, Crescendo, bends and adjusts to the users shape for personalized pleasure, making it truly unisex and universal, for both singles and couples.

Vibrators were first released for public consumption in the late 1800s but remained a medical device until the mid-20th century. This allowed women to buy them for home, instead of having to see a doctor for “hysteria treatment.” Big-name household appliance manufacturers even started marketing the products as a way to relieve headaches, aching muscles, and even provide you with glowing skin.

As soon as I unboxed Crescendo, it was clear that it’s made to an incredibly high standard. To the touch, it’s super soft–dare I say silky? Sizing in at 8.5 inches long allows for it to be shaped into a number of different positions. But because it’s designed with premium silicone and not jelly rubber or polyvinyl chloride (PVC), it’s non-toxic, unlikely to cause irritation, nonporous, and totally lube-safe. Just remember not to use the toy with (or store it near) any products that are also silicone-based or you risk degradation.

Unlike other adult toys that cater to a cisnormative lifestyle (or the assumption that a person’s gender identity matches their biological sex), MysteryVibe Crescendo was created with individual satisfaction in mind; since the word “pleasure” doesn’t have a one-size-fits-all definition.

Other perks of using the Crescendo

What’s more is that the Crescendo takes advantage of induction charging technology which makes it 100% waterproof (unlike other toys that are only made to be “splash proof”), so you can fully submerge the device in your tub with confidence and clean it without worry.

Where to buy the Crescendo

If you’re ready for a toy that aims to transcend gender norms and allows you to explore during both solo and partner play, MysteryVibe Crescendo is for you. You can snap up one of these lovely sex objects on the MysteryVibe site for $149.99. You’ll get a 12-month warranty, a choice of two beautiful colors (blue and purple), and best of all, the pleasure of knowing that no matter who you invite into your bedroom, you have the perfect toy for the job.