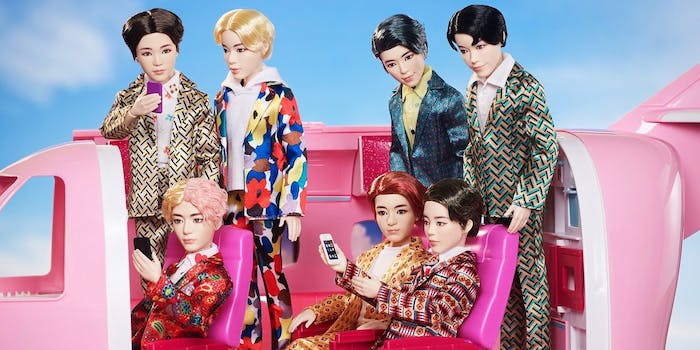 Mattel’s BTS dolls are finally up for preorder

Each of these boys needs some Luv.

If you hate the fact that you can’t get any closer to superstar Korean band BTS, we have good news: you can finally own them in doll form, which can at least be hugged and whispered sweet nothings to.

Whether or not ARMY, BTS’ fandom, would cash in on Mattel’s attempt to tap into the money fountain that is BTS merch was questionable when the dolls were first revealed in March. Fans responded with a flood of memes making fun of the details that the ubiquitous toy company got wrong, including an especially hilarious one about V’s clownish hair. But Mattel took the feedback well, tweaking the details until the dolls more closely resembled the beloved idols (although how closely they resemble them is still up for debate). 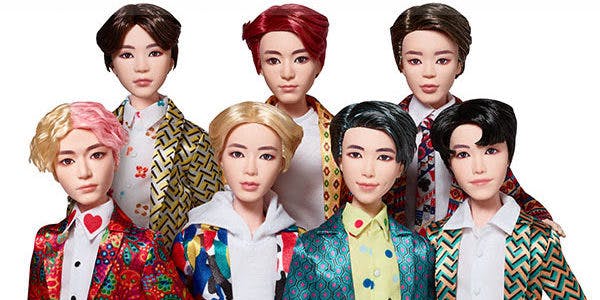 Mattel announced that preorders are open today for the dolls, which have a release date of August 1 and are available for free shipping through Amazon. Each comes dressed in the outfit from their colorful bop “Idol.” They retail for $19.99 each, but weirdly there is no option to buy them as a set, so expect to be shelling out just under $140 to buy them all.

If that’s a little steep for your taste (still less than a concert ticket, just sayin’), you might want to check out the BTS UNO game that also opened for preorder today. At $5.99 you can’t complain about the price, but the concept is kind of weird–and that’s coming from a girl who’s been around since BTS wore black eyeliner.