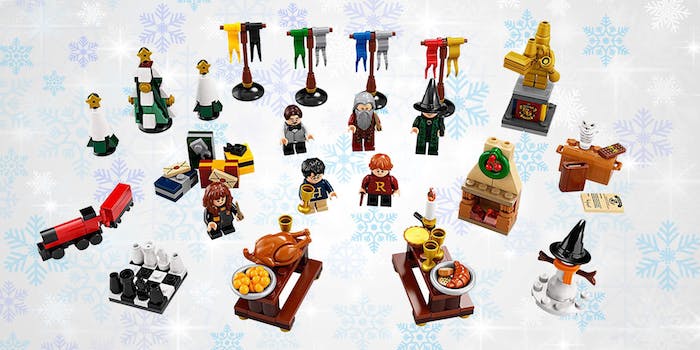 Nothing beats counting the days until December 25th with a charming advent calendar. But let’s face it: kids (of all ages) don’t want crummy chocolate in their Advent calendars anymore. They want something magical. And it doesn’t get more magical than this LEGO Harry Potter Advent Calendar. 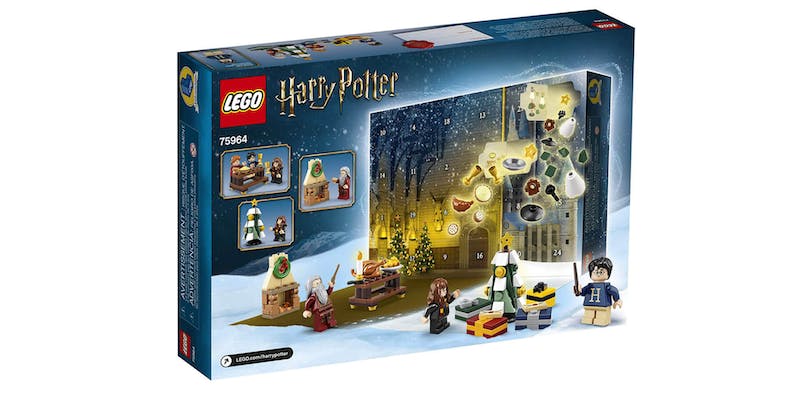 This box contains 24 figures to coincide with days in December. Behind each hidden castle fold lies another piece of a holiday at Hogwarts scene, whether it’s the Gryffindor’s house banner, gifts from the Weasley family, or the makings of a classic wizard banquet. Naturally, there’s more than the usual wizarding school decorations. It also includes seven miniature figures of Harry Potter world favorties like Proffessors Flitwick and Dumbledore, a Hogwarts architect, Hedwig, and of course, the usual ragtag trio of Harry, Ron, and Hermoine. There’s even a miniature Hogwarts Express train. Once the collection has been unboxed, lucky kids can re-create popular scenes from the series’ books and movies.

Best of all, you won’t have to wait until the holidays to nab a set. The 305-piece LEGO Harry Potter Advent calendar is available on Amazon for $32.99.