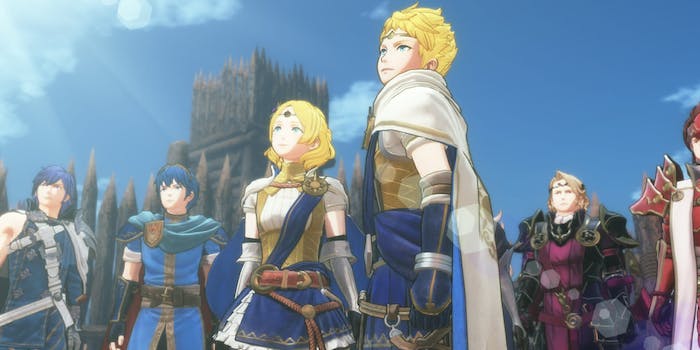 Made by the same team that developed Hyrule Warriors, this game trades in the real time strategy of Fire Emblem for real time action. Series favorites like Marth, Chrom, Xander, Rowan and countless more fight across a kingdom to confront a powerful darkness.

Plus, there’s two ways to take in the adventure. Play in full high definition on Nintendo Switch, or play on the go on New Nintendo 3DS. Or if you’re a massive Fire Emblem fan, both!

Fire Emblem Warriors releases on New Nintendo 3DS and Nintendo Switch on October 20 and is available for pre-order on Amazon for $39.88 and $58.88 respectively. Prime members get a 20% discount at checkout, meaning you get the games for $31.99 and $47.99 respectively.