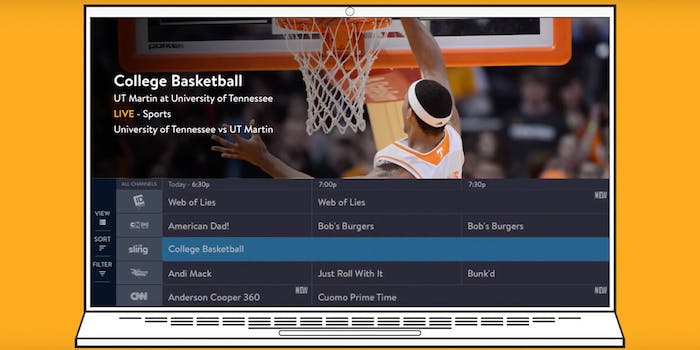 It’s not every day that fabulous Sling TV deals get dropped into your lap, but it’s also not every day a business turns five, so we’ll consider this a reason for gratitude. Sling TV decided that February 9th should be National Cut the Cord Day, so it teamed up with the calendar guys to give you an official day to ditch your cable box for good.

To kick off the country’s first National Cut the Cord Day, new and returning customers can grab their first month of Sling Orange or Blue for just $5 or bundle the two services for just $20. The streaming service is also offering two “all-inclusive” cord-cutting packages to provide everything needed to enjoy the full integration of free local channels via an over-the-air antenna. Just pre-pay for three months of Sling Orange and/or Sling Blue at the full price and new customers will receive: 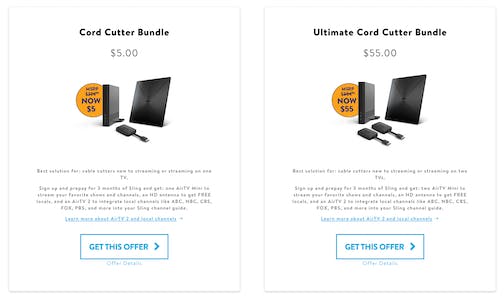 Existing customers: don’t close the tab just yet, because you’re getting something, too! Anyone currently signed up for Sling TV can access free previews of five Extras on Sling for five days–that’s a total savings of $30!

Debuting in 2015, Sling TV is a service that lets you stream your favorite live TV channels on your smart TV, smartphone, streaming devices, or game console. One of the most common complaints about cable packages is the glut of channels offered that you don’t actually care about. For instance, you could be paying $70 a month for 200 channels, while you probably only watch 20 of them. Sling TV cuts your channel offerings down to just the most popular options. You can also get a selection of local channels.

One of Sling TV’s biggest selling point is the number of devices where it can be utilized. Here are all of the ways you can stream Sling TV:

National Cut the Cord Sale: Get Sling for $5

Sling Orange: Channels, pricing, and everything else you need to know

Once considered Sling TV’s entry-level package, a price increase in June 2018 made Sling Orange cost the same as Sling Blue. For $15 per month for the first three months (and $25 a month after that), you get big-name basics along with a few niche options, such as Bloomberg, IFC, and Viceland. There’s still plenty of clutter (Cheddar Big News, Mewsy, AXS TV), but Sling Orange is one of the best ways to watch ESPN without cable, and you get essential channels like CNN, AMC, HGTV, and plenty more. Note: You can only watch Sling TV on one device at a time with the Sling Orange package.

Sling Blue: Channels, pricing, and everything else you need to know

The Sling Blue package removes some options (most notably Disney, ESPN, and Freeform) and gives you access to more news (Fox News, NBC) and sports channels (FS1, FS2, and the NFL Network), and local channels. You can watch Sling Blue on up to three devices simultaneously. It’s one of the best ways to watch FX online without cable, and in select markets, you’re able to watch Fox, NBC, Fox Sports, and NBC Sports.

Sling Orange + Blue: Channels, pricing, and everything else you need to know

There are benefits to each package, depending on where your interests are focused. Sling Orange has ESPN, ESPN2, and ESPN 3 as part of your subscription. Sling Blue, on the other hand, offers more entertainment options with Bravo, Syfy, Tru TV, BET, and National Geographic joining the party. Which one you choose may depend entirely on how many people need access to the account. If you want the best of both worlds, go with Sling Orange + Blue. At just $25 per month for the first three months, then back to the standard $40 per month, it’s one of the best deals in all of streaming entertainment.