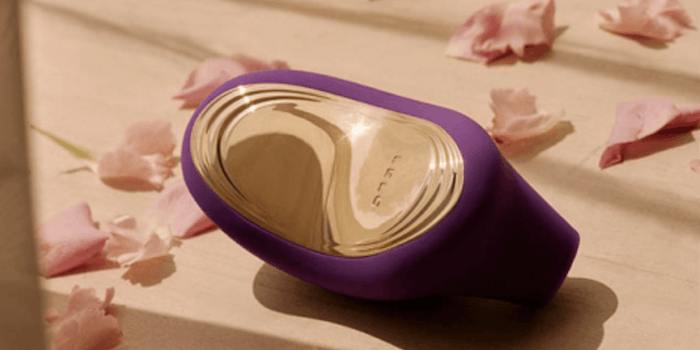 The strength behind the SONA 2 Cruise is no joke–trust me, I tried it.

With a name like “SONA 2 Cruise,” this clearly isn’t LELO’s first clit stimulator. In fact, the luxury sex toy company has designed about half a dozen sex toys specifically for clitoral stimulation. And all that research and development has really paid off because the company’s newest release redefines the meaning of “powerful sex toy.”

What is the SONA 2 Cruise? And how is it different from other clitoral vibrators?

Similar to its predecessor SONA Cruise, the SONA 2 Cruise (which is available on the LELO site for $139) uses sonic waves to pulsate around the hood of the clitoris, creating a “sucking” oral sex-like sensation. It’s also equipped with LELO’S proprietary Cruise Control technology designed to fight intensity reduction caused by too closely nestling the device to your body. For clarity’s sake, Cruise Control isn’t a setting, but an automated feature that recognizes when the toy is struggling to perform at top speed and then kicks in to give it a 20% power boost.

If one of your complaints about this type of sex toy is the suction giving out as soon as you squeeze it too close to your body, the Cruise Control technology solves that issue. SONA 2 Cruise has also evolved from the original thanks to a wider range of intensities, vibration pattern options, and a larger and deeper mouth for improved comfort and satisfaction. LELO also tells us the silicone has been engineered to absorb and recycle the sonic waves transmitted by the device back to your clitoris (and not just the part you can see!).

But as we know, good design intention doesn’t always translate well to its implications–so how does SONA 2 Cruise hold up when in use?

Testing, testing, is this thing on?: My review of SONA 2 Cruise

I’m no stranger to clit stimulators (or sex toys in general) but wow, the SONA 2 Cruise has got to be one of the strongest adult toys I’ve ever used. For real, though–I even wrapped it in a towel to test its robustness and I was pleasantly surprised. I would also recommend this method for those of you who tend to be more sensitive. I’d describe SONA 2 Cruise’s lowest power setting as a slow hum, but you can easily speed it up, switch to a pulsing rhythm, or try out intermittent patterns with the click of a button.

And because SONA 2 Cruise uses sonic waves instead of vibrations, there’s no “buzzing” feeling. That’s not to say you won’t feel any traditional vibrations, but consider them an extra on the set of a scene where the star is more of a “sucking” sensation.

SONA 2 Cruise is about the size of my palm, so it fits in my nimble hand without fumbling and it nestles perfectly against the crevices of my body. That’s not something I can say about all clit vibrators, proving the only size that matters is that of your toy’s head! It’s worth noting that it’s louder than other adult toys I’ve tried, which is something to keep in mind for those of you who desire privacy. But if you’ve got the house to yourself and some time to relax, SONA 2 Cruise will help you unwind (and maybe even discover what multiple orgasms feel like!).