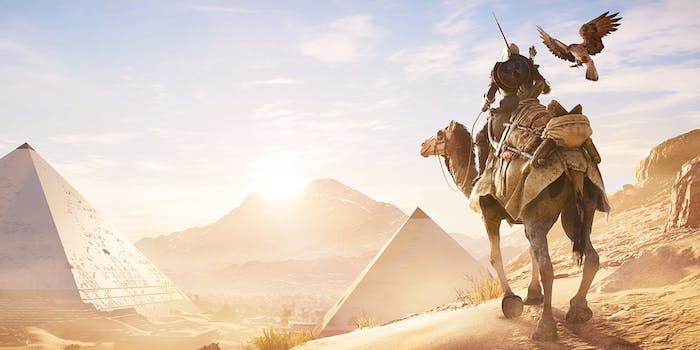 ‘Assassin’s Creed Origins’ takes you on an awesome ancient adventure

Learn where the Assassins' struggle for freedom began.

Before the Assassins were toppling monarchies, their brotherhood was born in ancient Egypt. It’s a birth you’ll play out in Assassin’s Creed Origins.

Uncover the origin story of the ancient fraternity and defenders of freedom. The stage of battle is Ancient Egypt, where you’ll be free to roam and discover all manner of mystery. Discover lost tombs, battle mummies in the Great Pyramids and even encounter a God or two.

Origins introduces an all-new combat system and powerful mechanics to take down massive enemies. No need to rush, though. The game is heavy with side quests, so you can save the day at your own pace.

Assassin’s Creed Origins is available on PS4 and Xbox One and is currently on sale through Amazon for $32.97 (regularly $49.99).